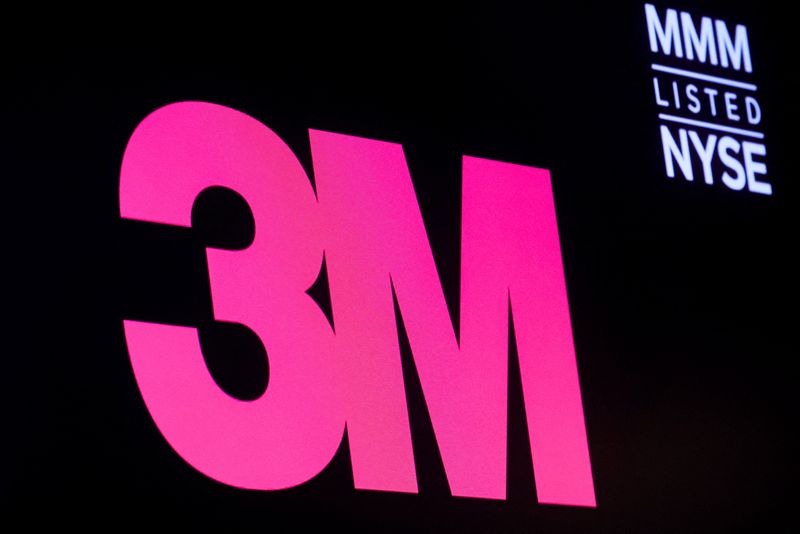 © Reuters. The company logo and trading information for 3M is displayed on a screen on the floor of the New York Stock Exchange (NYSE) in New York City, U.S., November 29, 2022. REUTERS/Brendan McDermid

(Reuters) – 3M Co said on Tuesday it would cut 2,500 manufacturing jobs and forecast a gloomy first-quarter as the U.S. industrial conglomerate struggles with slowing demand for consumer and electronic items.

The downbeat outlook and quarterly results pile more pain on the company, at a time it faces separate lawsuits related to defective earplugs and its use of “forever chemicals”, which 3M said in December it plans to discontinue.

3M shares fell 4.7% as it joined other industrial majors General Electric (NYSE:) Co and Raytheon Technologies (NYSE:) Corp in flagging a hit from inflation in 2023.

“MMM to some extent had recently lowered investor/Street expectation but weak 4Q22 results and softer 2023 guidance (weak demand environment) should weigh on the stock in the near-term,” Citi analysts wrote in a note.

The company, which has been battling with higher labor and energy costs, said it would continue to adjust its manufacturing levels and maintain spending discipline until volumes bounce back.

3M expects adjusted sales in the first quarter to be $7.2 billion to $7.6 billion, down 10% to 15% year-on-year, missing analysts’ expectations of $8.34 billion, according to Refinitiv data.

The company’s consumer unit, which generated about $5.30 billion in revenue in 2022, is likely to see similar demand trends through the first half of the new year.

Sales in the fourth quarter fell 6% to $8.1 billion. Excluding items, the company reported a profit of $2.28 per share compared to $2.45 per share a year earlier.