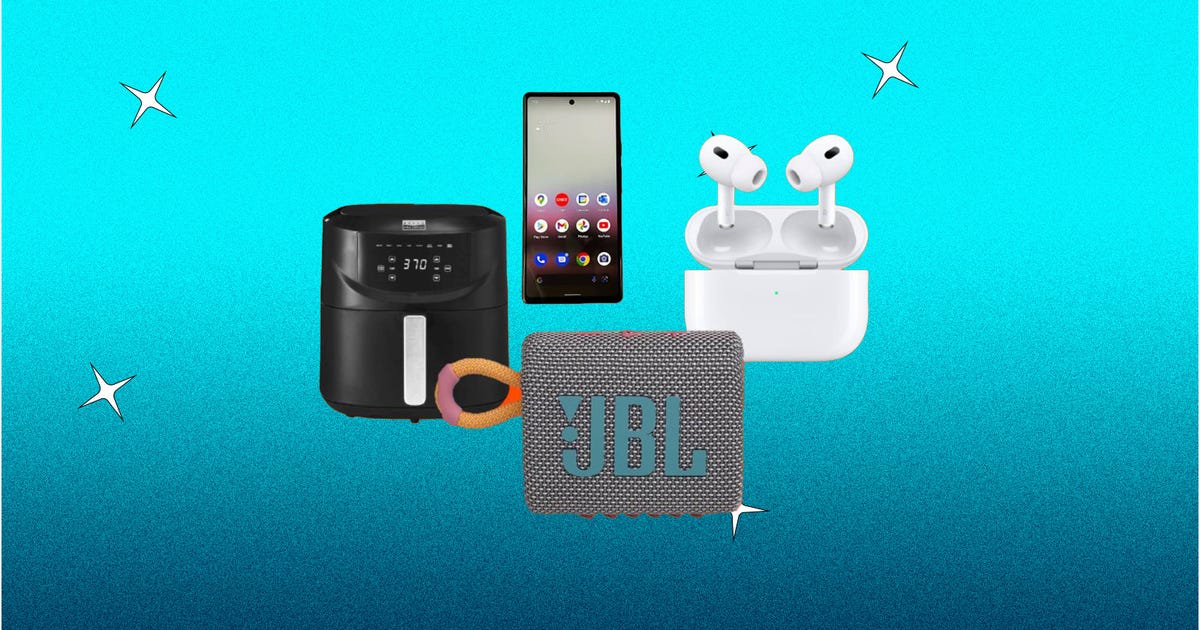 Black Friday is nearly upon us and the price cuts just keep getting deeper. Some discounts are merely good, while others are great; nay, the best we’ve ever seen. No kidding. Read on for a list of products on-sale that we recommend, all of which make great holiday gifts, and all of which are at their current lowest prices of all time. There are deals on discounted products from Apple, Nintendo, Amazon and Google.

At just $50, this is the lowest we’ve seen the sleek and small Keurig drop in 2022. As the name suggests, the K-Mini is Keurig’s smallest brewer. It only holds enough water to brew a single 6- to 12-ounce cup at a time, so you have to add fresh water after every cup. But with no water reservoir, it has a depth of just 11 inches, about 4 inches less than the K-Slim. If saving counter space is your No. 1 priority, the K-Mini is the best Keurig for you. It’s the perfect machine for a college dorm or to plant in your home office.

Nintendo rarely offers discounts on the Switch, so this seasonal bundle with Mario Kart 8 is about as good as it gets. At $300, it’s the same price as the console normally costs, but also includes a digital copy of Mario Kart 8 Deluxe (a great game) and a three-month subscription to Nintendo Online.

The second-gen AirPods Pro are down to $200 right now at several retailers, but we’d be surprised if this deal lasts all the way until Friday. These were just released in September and have received glowing reviews since. Grab a pair today, before you’re stuck paying more later.

Every time Amazon has offered a bundle like this in the past, it’s sold out before the end of the sale period. With this being Amazon’s newest Echo Dot, we anticipate there will be a lot of interest in the huge discount, so be sure to grab one now before it’s too late.

This audio player for kids as young as 3 comes with figurines (called Tonies) they can place on top to hear a bedtime story or a song. The Toniebox starter set has never been priced this low before.

Google’s Pixel 6A punches above its weight when it comes to camera quality, design and screen size. It’s the best under-$500 Android phone you can get, and though it’s not Google’s flagship, the 6A is all most people need in a phone.

Air fryers are still taking kitchens by storm, and this one is an especially great option: Bella’s Pro Series 8-quart features two frying baskets (so you can accomplish twice as much in half the time), with six built-in smart cooking functions, including air fry, broil, roast, bake, reheat and dehydrate.