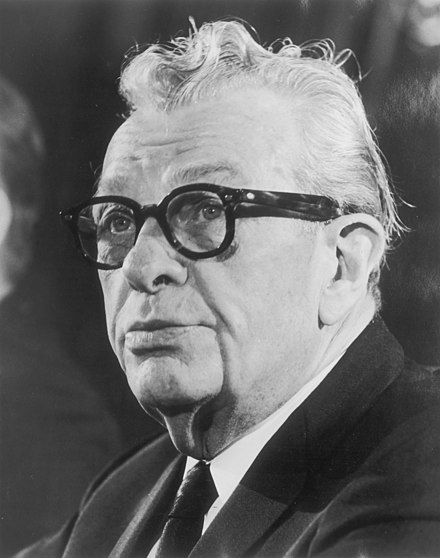 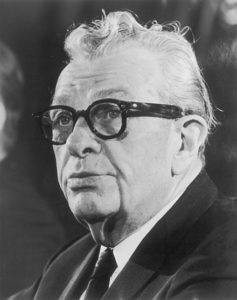 I came across a reading recently in which the author quoted the late Republican Senator Everett Dirksen. He was Senate Minority leader from 1959 to 1969.

The quote, which Dirksen is alleged to have made about overspending by the federal government, is “A billion here, a billion there, and pretty soon you’re talking real money.”

When I first heard that quote in the late 1960s, I didn’t believe Dirksen said it. Why? Because the federal budget at the time he was alleged to have said it (the early 1960s) hadn’t yet broken above $100 billion annually. So everyone would have understood that a billion dollars, let alone $2 billion (a billion here and a billion there) was in itself over 1 percent of the federal budget and so no one would have had to have that pointed out to him or her.

So what would have made more sense, and what I vaguely recall hearing quoted in the late 1960s, when I started paying attention to U.S. politics, is “A million here, a million there, and pretty soon you’re talking real money.”

I wanted to use that line in an article a few years ago, but I couldn’t find it. So I called the Dirksen Congressional Center in Pekin, Illinois and was told that the Center had no record of Dirksen ever having said it. This article shows that same Center saying there was no evidence of the billion dollar number either.

So apply that same percentage to our current GDP, which is just shy of $26 trillion.

So if you wanted to be faithful to the spirit of the Dirksen quote, if he had said it, you would say today:

This just goes to show how high a threshold people think is needed to think about government spending adding up to “real money.”