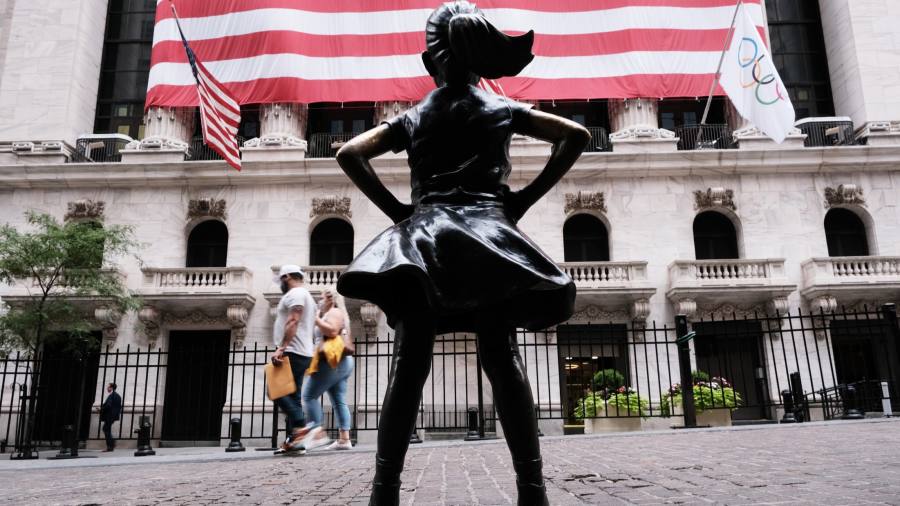 Around here we’ve been sceptical of the asset management craze for hot air ESG, and intrigued (though not entirely convinced) by the “common ownership” theory that big broad investors could stunt competition.

So it’s only fair that we highlight some intriguing work that shows that just maybe some of all this is actually having a clear, measurable and positive impact? From a working paper just published by the National Bureau of Economic Research:

In 2017, “The Big Three” institutional investors launched campaigns to increase gender diversity on corporate boards. We estimate that their campaigns led American corporations to add at least 2.5 times as many female directors in 2019 as they had in 2016. Firms increased diversity by identifying candidates beyond managers’ existing networks and by placing less emphasis on candidates’ executive experience. Firms also promoted more female directors to key board positions, indicating firms’ responses went beyond tokenism. Our results highlight index investors’ ability to effectuate broad-based governance changes and the important impact of investor buy-in in increasing corporate-leadership diversity.

Todd Gormley, Vishal Gupta, David Matsa, Sandra Mortal and Lukai Yang point out that the average female representation on US boards grew by over 50 per cent in 2016-19, going from a pretty pathetic 13.1 per cent of directors to a still-bad-but-much better 19.7 per cent by 2019.

The researchers attribute this to the role played by the passive investment industry’s “Big Three” — BlackRock, Vanguard and State Street — which started to very publicly make a lot of noise about this issue a few years back.

Initially a lot of people were inclined to shrug this off. After all, when State Street unveiled its “Fearless Girl” statue and marketing campaign, it didn’t take FTAV levels of cynicism to note that State Street itself was hardly a paragon of gender equality. Even today, only four of its 13 board members are women.

At BlackRock, the count is five out of 16, and at Vanguard it is three out of 11. And if you look at the upper management ranks of all three organisations, they’re all pretty dude-heavy.

But it seems they are at least walking the walk elsewhere in corporate America, according to the NBER paper. Interestingly, the researchers estimate from shifting ownership intensity that it is primarily the index fund giants that have driven the shift, rather than it merely being a broader trend.

Unlike earlier shareholder diversity campaigns that firms largely ignored, The Big Three adopted policies, which they enforced, of voting against directors’ reelection at firms they viewed as making insufficient progress toward a gender-diverse board.

. . . The magnitude of our estimates suggest the Big Three’s impact was substantial. We find that their campaigns account for at least one-third to two-thirds of the overall increase in female director share between 2016 and 2019. This estimate reflects a lower bound because it does not account for the positive spillover effects of The Big Three’s campaigns onto firms in which they hold smaller stakes: the campaigns spurred a push to develop a greater pipeline of female directors and led proxy advisory firms and other investors to demand change as well. Such spillover effects are absorbed by our estimation’s year fixed effects and are excluded from these estimates.

Obviously less than a fifth of all US public company directors being female (and 6.6 per cent of S&P 500 CEOs) shows that there’s still a lot of wood to chop. But maybe this is a rare ESG success story unfolding?