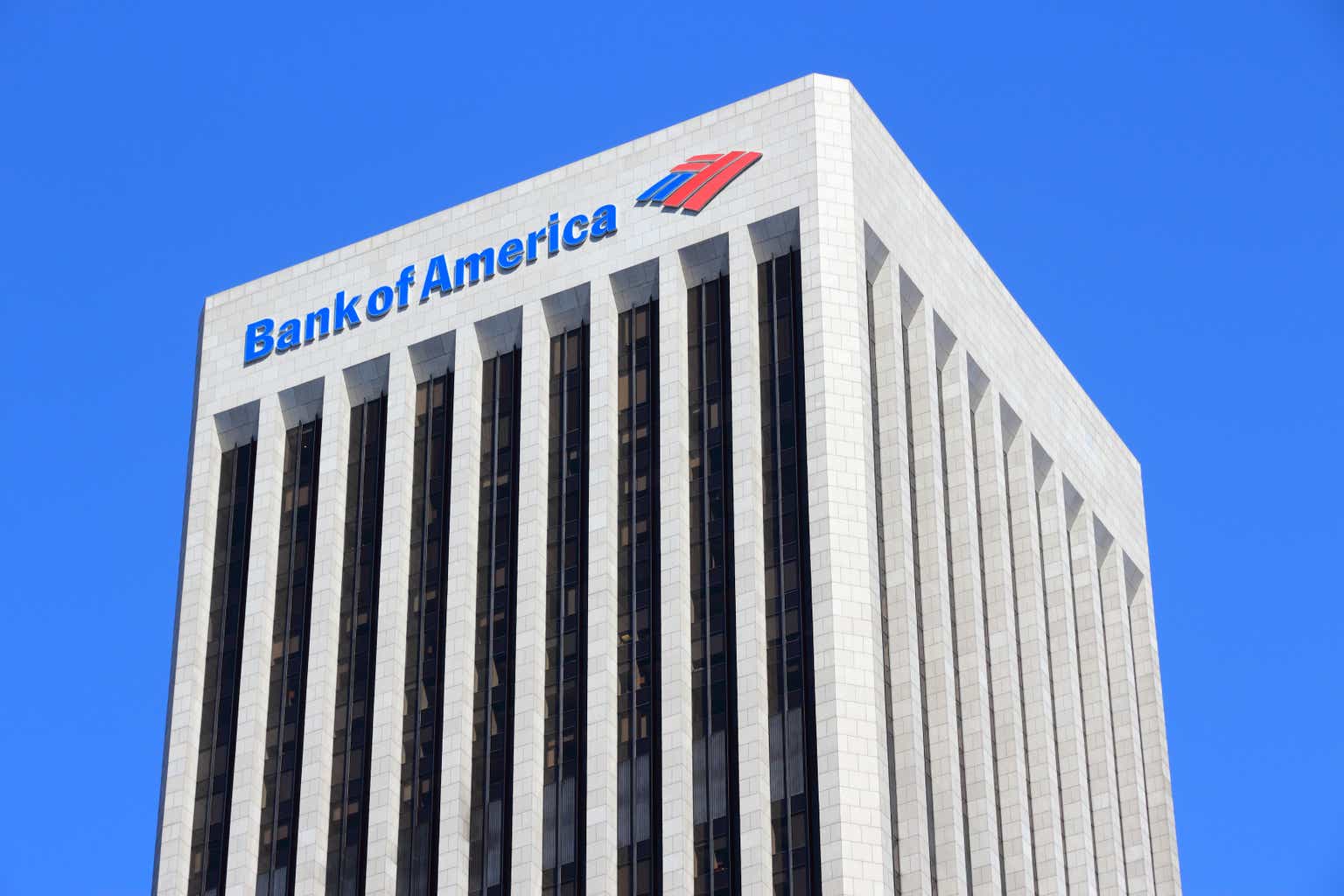 Having said that, credit quality is deteriorating, and the CEO’s comments about a “mild” recession are concerning.

The Wall Street bank has seen a significant increase in credit losses in the last year (and the fourth quarter), and while Bank of America beat profit expectations, 2023 is likely to be an exceptionally difficult year for the bank.

I believe, as I warned repeatedly in 2022, that Bank of America is headed for a discount valuation, and the bank’s 4Q-22 results strongly suggest that this is the case.

Bank of America’s fourth-quarter earnings exceeded expectations by a wide margin. The second-largest bank in the United States by assets reported earnings of $0.85 per share, exceeding the consensus estimate of $0.77 per share.

Bank of America also outperformed in terms of revenue, which came in at $24.53 billion, 1.5% higher than the consensus estimate.

A Key Focus For Investors In 2023: Deteriorating Asset Quality

Bank of America exceeded 4Q-22 earnings expectations, benefiting from higher interest rates. With the central bank’s focus shifting to inflation control in 2022, the rise in interest rates last year resulted in a significant increase in the bank’s net interest income.

With that said, I am concerned about Bank of America’s deteriorating asset quality. During an economic downturn, asset quality typically deteriorates as borrowers fail to meet their financial obligations and fall behind on payments for credit cards, mortgages, and car loans. Given that Bank of America’s CEO, Brian Moynihan, anticipates a mild recession in 2023, it stands to reason that the bank’s balance sheet will deteriorate in the coming quarters.

Investors had a taste of what this could mean for the company’s provisioning situation. Bank of America had to set aside approximately $1.1 billion for credit losses in 4Q-22, which was more than double the amount set aside just two quarters prior. In other words, a deteriorating macroeconomic outlook raises the risks emanating from Bank of America’s loan portfolio, and investors should brace themselves for a worsening situation.

Bank of America’s trend in credit loss provisions over the last twelve months is highly concerning, pointing to more trouble for the bank’s loan portfolio, especially if the United States economy enters recession this year.

Despite the fact that the bank’s CEO has prepared the market for a recession and the possibility of worsening credit problems, Bank of America’s stock continues to trade at a premium valuation, which I believe is quite inappropriate. Bank of America’s stock is currently trading at a 15% premium to book value, which I believe will not hold if the United States enters a recession this year.

Why Bank Of American Could See A Higher Valuation (Risks)

A mild recession could limit the downside that Bank of America’s loan portfolio represents. A mild recession will not be comparable to the deep recession that followed the subprime mortgage crash in 2007, but banks will feel the pinch through higher loan default rates.

As a result, investors should anticipate Bank of America continuing to build larger reserves to account for the increasing risk of credit losses during a recession.

If the expected recession is mild and brief, I believe Bank of America has recovery potential, but I expect the market to drive cyclical consumer bank valuations back into discount territory.

Despite Bank of America’s solid fourth-quarter earnings report (which exceeded expectations), the relatively large increase in credit provisions over the last twelve months is highly concerning, pointing to a weaker balance sheet and loan portfolio in 2023. The dramatic increase in credit losses in 4Q-22 is a game changer, indicating that the bank’s shareholders will face additional pain this year.

Furthermore, the CEO’s forecast of a “mild” recession strongly suggests that Bank of America’s asset quality trend will continue to deteriorate for at least a couple more quarters, implying that the bank will report softer earnings as rising credit losses weigh on results.

I believe the risk/reward tradeoff is currently unappealing, and I expect Bank of America to revert to a discount valuation in 2023.