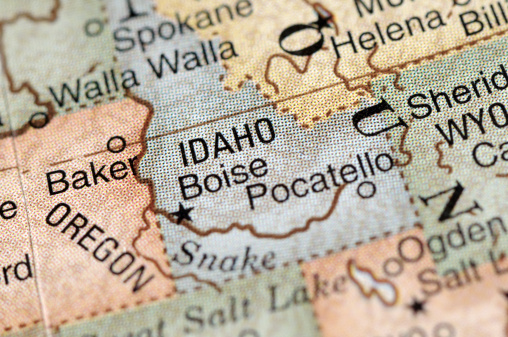 Bargain-hunters may be a bit frustrated with Banner Corporation (NASDAQ:BANR), the parent company of Banner Bank, as although this bank possess a lot of the characteristics I think investors should prize in 2023, it’s hard to say that the shares are a can’t-miss bargain. Still, if you want exposure to bank stocks and prefer a very clean credit profile, a strong deposit base, and a long-term growth story driven by leveraging disruption in the banking markets of the Pacific Northwest and California, you may find it okay to pay closer to fair value for an above-average bank.

Banner shares are down about 8% since my last update, performing a little worse than the average bank. Valuation was my main reason for a “Neutral” stance then, and that remains the case, though with the initial guides I’m seeing from many banks for 2023, this could be a name to keep in mind as I see less downside risk here.

Looking at Banner’s results, while reported earnings per share were in line with expectations, underlying core results looked better to me, with the bank once again seeing good rate leverage, respectable loan growth, and good credit quality.

Revenue rose more than 22% year over year and almost 9% quarter over quarter, beating by close to 5% (or about $0.18/share). Net interest income was once again quite healthy, growing almost 31% yoy and 9% qoq, well ahead of what many small/mid-cap banks are reporting (low-to-mid single-digit growth). Net interest income growth was driven by spread, with net interest margin up 106bp yoy and 38bp qoq (to 4.23%), while earning assets declined about 1% sequentially.

Non-interest income was down 24% yoy and up almost 11% qoq, as the bank got a boost from mortgage banking revenue (to over $2M from almost nothing in Q3’22); the mortgage banking market is still awful, but Banner benefited from an increase in the fair value estimate of held-for-sale multifamily loans.

Operating expenses rose about 11% and 4% qoq, and this was a significant driver of underperformance relative to sell-side expectations (more than $0.10/share), though core results were still okay and the 56.3% efficiency ratio isn’t bad compared to similarly-sized banks.

Core pre-provision profits rose 42% yoy and over 15% qoq, a strong result compared to many banks, and better than expected. Higher provisioning and a higher tax rate negated most of this at the bottom-line level, but it looks like Banner did about $0.06/share better on this core pre-provision basis.

Excellent Funding, But Moderating Loan Demand Is A Challenge To Near-Term Growth

End-of-period loans rose almost 12% yoy and more than 3% qoq, which was good enough to keep pace with the wider banking market in the quarter. Growth was driven by healthy C&I lending demand (up almost 4% qoq, largely from existing customers), healthy construction demand (up 3% qoq), and almost 9% growth in multifamily lending. Mortgage lending was once again strong on a reported basis (up 14% qoq), largely due to taking originations onto the balance sheet given the weak mortgage banking market.

Management noted meaningful caution and conservatism in the market in the fourth quarter and heading into 2023, and originations were down 16% yoy and 5% qoq. Between weaker demand and Banner’s own prudence on underwriting, management is only looking for low single-digit loan growth in 2023.

While loan growth won’t be much of a driver, there is still some momentum in spread income. Loan originations came onto the books at an average yield of 6.4% versus an overall average loan yield of 5.14% in the quarter (up 57bp yoy and 32bp qoq), so this tailwind from new commercial loans will help spreads. To that end, while I expect many banks will see their net interest margin peak in Q4’22-Q2’23, Banner likely won’t see their peak until the second half of the year.

Even though Banner has a strong, sticky, core deposit base (including non-interest-bearing deposits making up about 45% of total deposits), management expects higher costs as more rate-sensitive depositors look for better yields elsewhere. I do expect Banner’s cumulative beta to stay well below sector averages (which I expect will peak in the 40%’s, possibly the low 50%’s), but management is taking select action to keep customers (including offering better rates on CDs to depositors looking to move to higher-yielding options).

Credit isn’t much of a concern either at this point. While non-performing loans did jump sequentially (up 51%), the overall level is still below many other banks (0.22% of loans) and management doesn’t see any real problem areas. Along those lines, management did note that their CRE office exposure is modest – about 7% of the book and half of that is owner-occupied.

Unlike many banks, I do think that Banner can generate solid, and perhaps quite strong, pre-provision growth in 2023, and I think the combination of controlled funding costs, spread income growth and improved operating leverage will be an attractive one at a time when many banks will struggle to generate core operating growth. Longer term, I still think Banner is poised to benefit not only from the economic growth in its geographic footprint, but also from the disruptions tied to larger bank M&A in the region (Columbia (COLB) and Umpqua (UMPQ), U.S. Bancorp (USB) and Union Bank, Bank of Montreal (BMO) and Bank of the West).

I’m still expecting better than 6% long-term core earnings growth from Banner, as I think a strong 2023 (EPS of $6.40) will be followed by a slower 2024 (EPS of $6.51). I’m also expecting increased capital returns over time, and I’d note the bank hiked its dividend by 9% with fourth quarter results.

Discounting those core earnings back, I believe Banner should trade in the high $60’s today and could still generate a long-term annualized total return in the double-digits. ROTCE-driven P/TBV and P/E are a little more accommodating as well, suggesting a fair value in the mid-$70’s. A 12x forward P/E is admittedly robust at a time when many banks trade below 10x, but I think its justified by the better growth and quality profile (but this is clearly an area where investors can disagree).

Banner may be around 10% undervalued now, which looks relatively mediocre compared to many other bank stocks. On the other hand, I have more confidence in the operating outlook for Banner in 2023 and I see less risk here of downward earnings revisions as the year goes on. I think this is a solid quality name, but I would like to see a little more upside before stepping up with my own cash.