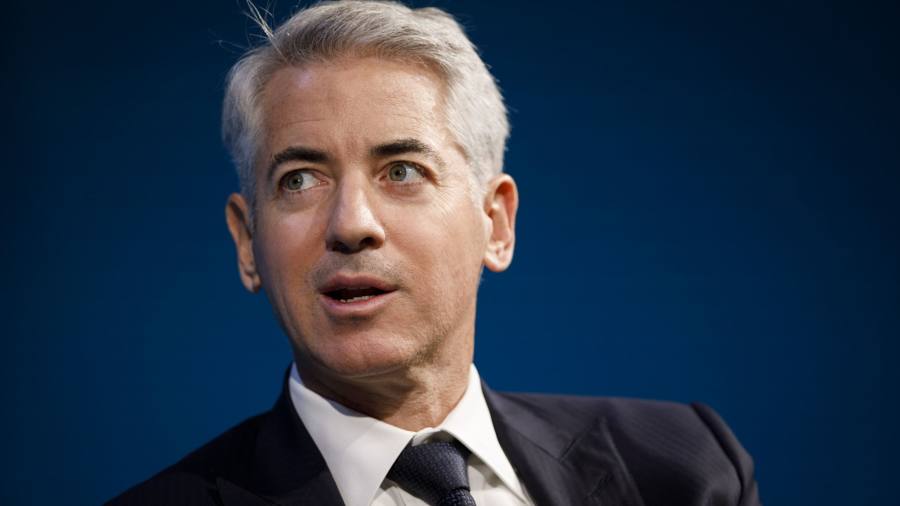 In case you missed it last month, hedge fund guy Bill Ackman (“Baby Buffett” — Forbes 2015) has become the latest masochist to bet that the Hong Kong dollar’s peg to the US dollar will break.

This is a very thoughtful piece and I agree. We have a large notional short position against the Hong Kong dollar through the ownership of put options. The peg no longer makes sense for Hong Kong and it is only a matter of time before it breaks. https://t.co/efp62TuB03

Ripples in the derivatives market imply he is not alone, as “macro” trading – or betting on big global shifts – swings back into vogue and the prospect of reaping a huge reward for relatively little risk revives a perennially unsuccessful trade.

Most fundamental analysts say such bets are foolish, pointing to the city’s still massive reserves and China’s backing.

But they can be relatively cheap and even profitable regardless of the peg staying intact, and it buys insurance against unlikely but not impossible chains of events, such as a sudden blow-up in China, devaluation or a geopolitical chill.

Vanilla options struck outside the designated US dollar/Hong Kong dollar trading band of 7.75–7.85 have climbed to monthly highs last seen in 2020 when traders speculated that the exchange rate would breach the lower end of the band. Some banks have also looked to recycle the positions to structured product investors looking to take the other side of the bet.

There’s plenty of history here: many people to have fought the peg and been left out to dry, notably including George Soros.

Which makes the whole thing a bit:

Up until moments before a currency peg is lifted, the sovereign always asserts that they will never lift their peg. Peg defense 101.

…too simple, some might argue. By this logic, the bet hinges on *this* being the exact moment things break. In that context, it’s worth noting a few things about Ackman’s intervention:

— Any time a hedge fund manager goes public with their bets, that is a choice!
— We don’t, as far as FTAV can tell, know in detail how Pershing Square is betting against the peg. This wager could effectively already be a sunk cost, in which case Ackman isn’t making his situation any worse by talking his book.

There are some reasons you might think now feels like the moment before the peg breaks: China’s in a weird spot currently.

There are also some good reasons why not. For instance, the design of the Currency Board (which maintains the peg) stipulates it needs to have its $242bn monetary base fully covered by reserves. Right now, despite several operations by the Hong Kong Monetary Authority, it’s covered 157 per cent.

Whatever four-dimensional chess is going on, Barclays isn’t buying the ‘this is the moment’ thesis. In a note published on Thursday, strategists Lemon Zhang and Ashish Agrawal say “the HKD peg will continue for the foreseeable future”:

A surge in debt, falling asset prices and a weakening economy have made defending the peg costly this year, but officials have repeatedly said the nearly 40-year-old peg works well and there are no plans to change it. The HKMA’s statement, in response to news reports that hedge fund positioning for the peg to break, also demonstrated the firm tone: “Individual market participants have expressed doubts about the LERS from time to time. Most of these remarks are based on their misunderstanding of the system or their own fund positions”.

Furthermore, re-pegging to the USD at a new level or widening the convertibility undertaking likely would fail to curb inflows or contain asset price inflation, according to the HKMA4. In our view, either move could invite market speculation on the likelihood of further band-widening or re-pegging in the future, thereby undermining the credibility of the LERS and encouraging more speculative flows into or out of Hong Kong.

Those are the push factors, but the potential pull of switching the peg to the the yuan isn’t big enough yet, says Barclays:

The CNY cannot be freely convertible and exchanged in large amounts, and the CNH financial markets do not yet have sufficient depth, breadth and liquidity for the Exchange Fund to hold assets to back the HKD. Also, Hong Kong’s business cycle fluctuations are still influenced more by the US and other major advanced economies. Even if the Chinese authorities could eventually link or perhaps even unify the HKD with the CNH after fulfilling all conditions, this will likely be a long-term proposition, with ample warning so that investors are not caught unaware.

So Hong Kong has said it doesn’t want the peg to break, is basically openly mocking those who’ve challenged it, is flush with cash AND is backed up by Beijing. (Admittedly, these have basically created the funniest possible conditions under which the peg could be broken — but we wouldn’t bet on it.)

We wish Ackman the great of luck, but, to butcher Keynes, China can stay solvent longer than you can stay rational.