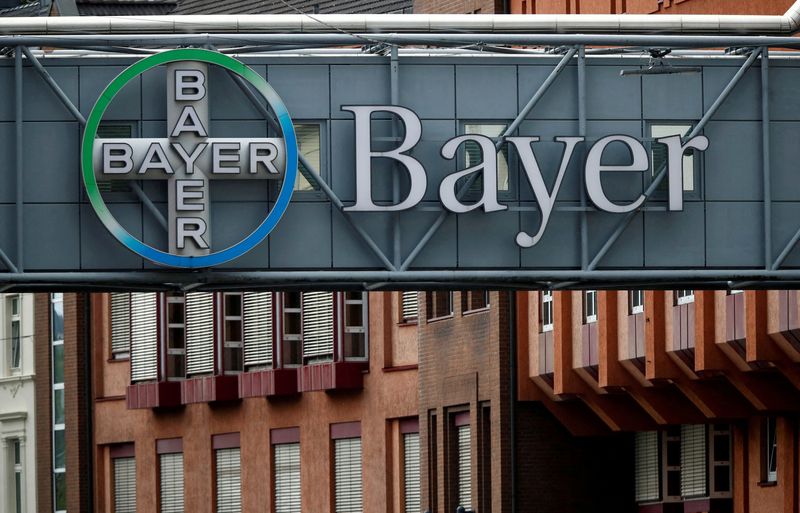 © Reuters. FILE PHOTO: A bridge is decorated with the logo of a Bayer AG, a German pharmaceutical and chemical maker in Wuppertal, Germany August 9, 2019. REUTERS/Wolfgang Ratta/File Photo

FRANKFURT (Reuters) -The Bayer (OTC:) investor Union Investment criticized Bayer’s chair for a lack of engagement, such as exploring a spin-off of the company’s consumer health division, according to an interview in WirtschaftsWoche.

Bayer is facing demands from activist investor Bluebell Capital Partners to break up, with a sale of the company’s consumer health unit and, at a later stage, for a separation of Bayer’s pharmaceuticals and agriculture businesses.

“It would definitely have been a matter for the supervisory board to help initiate a spin-off of Consumer Health,” Manns added. He noted that chairs at competitors are much more engaged in creating value for shareholders.

Winkeljohann did not immediately respond to a request for comment.

A spokesperson for Bayer declined to comment on Union Investment’s position. “But generally speaking we are always open to a constructive dialogue with our stakeholders,” the spokesperson said.