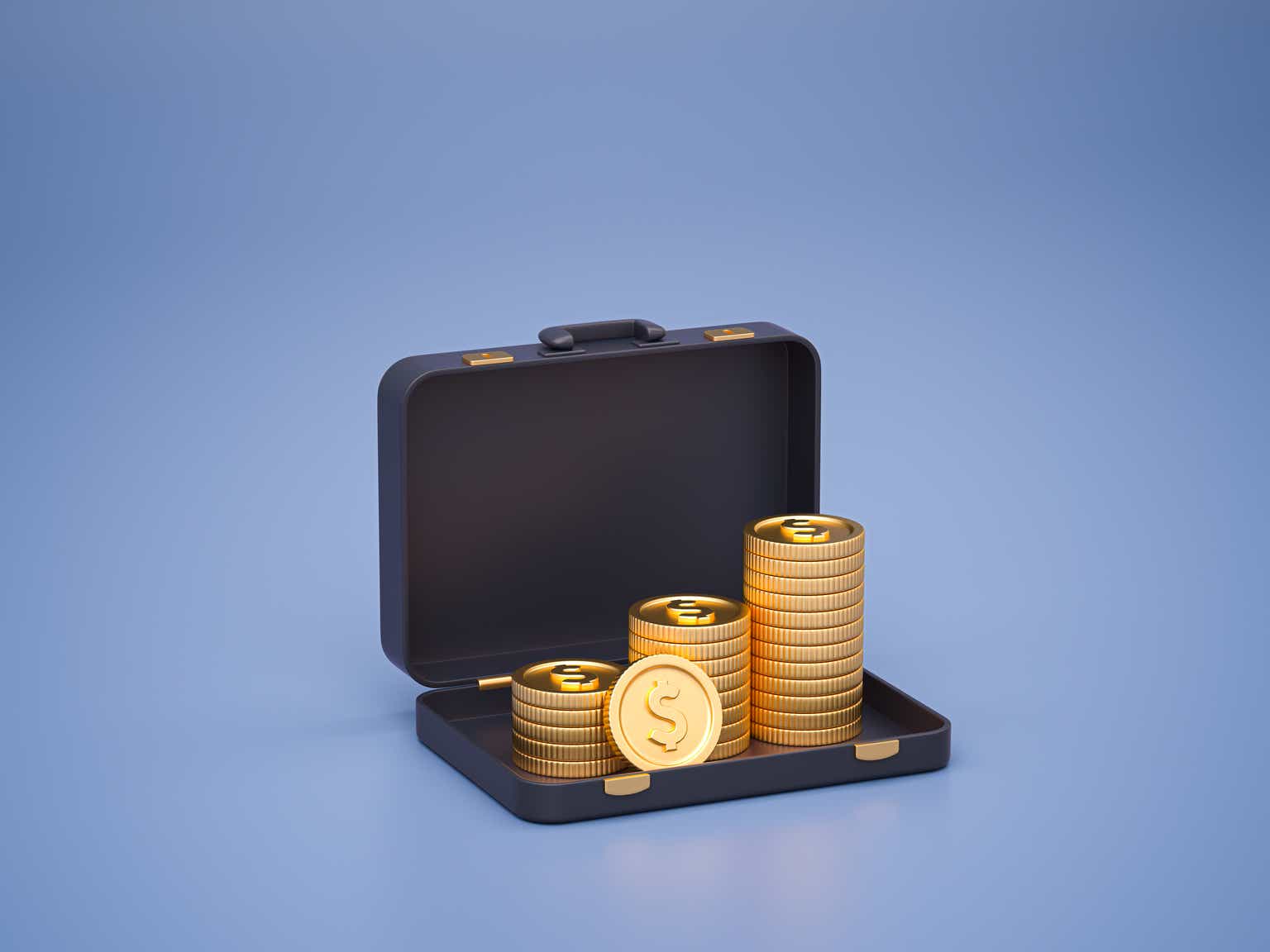 Repositioning for a Transformed Growth Market

Equities ended a tumultuous year on a positive note, grinding higher in the fourth quarter on better than expected corporate earnings and signs that inflation may have peaked. The benchmark Russell 3000 Index rose 7.18% for the quarter but finished down 19.21% in a year marked by a historic tightening of financial conditions. With the Federal Reserve raising interest rates by 425 basis points, long-duration growth stocks were impacted the most severely. The Russell 3000 Growth Index gained 2.31% for the quarter but underperformed the Russell 3000 Value Index (+12.18%), extending a streak that saw growth stocks fall 28.97% for the year, trailing value by 2,100 basis points. The Russell 2500 Growth Index of small and mid cap growth stocks, meanwhile, was up 4.72% for the quarter but down 26.21% for the year, 1,300 bps behind its value counterpart.

Markets remained volatile during the fourth quarter, with sentiment dictated by expectations around the future direction of monetary policy. The ClearBridge Select Strategy outperformed the benchmark in the fourth quarter, capping a second half of improving relative performance. However, the rebound was not enough to erase the steep losses endured in the beginning of the year when the Russian invasion of Ukraine drove inflation higher and forced the Fed to tighten more aggressively.

Growth companies operating at cash flow deficits, especially those with leverage and/or increasing investment plans, derated in the first quarter as the cost of capital increased. The Strategy had seen strong performance from these higher-growth stocks we consider disruptors over the last handful of years as we leaned heavily into the IT, Internet and consumer sectors. We began tactically paring back our exposure to disruptors in the third quarter of 2020, right-sizing positions based on our assessment of their risk and reward after a rapid rise in valuations. We further reduced these exposures in the second and third quarters of 2021 but remained overweight the group as the selling pressure accelerated into 2022.

From the first quarter into the second quarter, we reduced the Strategy’s outsize exposure to hyper-growth stocks with low or no profits. We selectively added back to some of that exposure as valuations fell further in the summer but in different areas of the economy to diversify our composition of growth. Those actions repositioned the Strategy for a transformed market and have supported better relative performance over the back half of the year.

In the fourth quarter, results were driven by consumer and health care holdings that have overcome negative sentiment with improved execution. Popular footwear retailer Crocs was pressured in late 2021 and early 2022 around its acquisition of similar niche footwear designer rival Hey Dude. The deal forced Crocs (CROX) to take on debt just as rates were starting to rise. Solid performance in its core clog business, early proof points that the merits of the Hey Dude acquisition are sound, and abundant cash flow paving the way for rapid deleveraging of the balance sheet drove the stock more than 50% higher for the quarter. Shares of discount retailer Burlington Stores (BURL) saw a similar jump in its recovery from a lackluster 2021 holiday season that was marred by logistics and inventory issues that spilled into the first half of the year. Burlington is a company we consider an evolving opportunity that has shown improvement through better cost management and a sales rebound that has put its business model back on track.

Disruptive areas of health care like biotechnology are also gaining recognition after an extended period of weakness. Horizon Therapeutics (HZNP), a biotech developing treatments for rare, autoimmune and inflammatory diseases saw its shares rerate in the quarter following the announcement of its acquisition by large cap pharmaceutical Pfizer (PFE). With Horizon eventually leaving the portfolio, we added to our biotech exposure with the purchases of Moderna and Alnylam Pharmaceuticals (NASDAQ:ALNY).

Moderna became a household name during the pandemic as one of the first developers of a COVID-19 vaccine. But the stock sold off sharply as COVID momentum, including high expectations for booster shots, began to wear off, causing investors to slash its fiscal 2023 earnings estimates by two-thirds over the last year. We believe those downward revisions clouded the prospects for the company’s fully funded pipeline of platform opportunities, including cancer, RSV and flu. The cash-rich company also recently expanded its partnership with Merck to improve cancer treatments.

Alnylam, a biotech that develops RNA therapies to target and turn off certain proteins in the body, has a number of drugs in market whose revenues are expected to end the excessive cash burn that has plagued the company’s shares. As more drugs are launched and pipeline investments are more focused under new leadership, we believe the company will be an increasingly attractive asset.

Our final health care addition was HealthEquity (HQY), which manages health care savings accounts (HSA) and benefits programs for employers. The company’s acquisition of WageWorks, a provider of transit and other employee benefits, offers a big cross-sell opportunity. Its core HSA business should benefit from strong employment growth supporting HSA growth while higher rates allow it to earn higher yields for participants in HSAs and higher management fees for HealthEquity.

We remained active in culling the portfolio of stocks we see as no longer well positioned for the more restrictive macro environment, eliminating seven common stock positions. The biggest sale was Truist Financial (TFC), a regional bank formed by the merger of SunTrust and BB&T that we purchased during the height of COVID-19. At the time, this evolving opportunity growth company was not being recognized for its strong footprint in the Southeast. But the bank’s underinvestment in technology and exposure to auto lending could become greater risks in a downturn, leading us to exit the stock.

Despite the headwinds facing disruptors, we remain selective and opportunistic in increasing our exposure to these higher-growth companies. We repurchased cross-border e-commerce platform Global-e after it fell over 70% from its 2021 highs back to its IPO price in the third quarter and continued to add to it in the latest quarter. Profitable, co-founder-led and growing right through tough e-commerce comps, Global-e has a number of growth initiatives kicking in this year.

The improving chances of a soft landing for the economy have boosted the market recently, with strong employment trends occurring alongside stabilizing wages trends. We believe the froth is definitely coming out of the labor market with the Fed likely toward the end of its policy actions. There could still be more pain ahead but commodities prices are cooling and the global economy is holding up relatively well, which should bode well for domestic growth. In the first half of the year discretionary spending should slow and we expect conservative guidance from companies focused on consumer end markets.

On the corporate side, earnings visibility remains cloudy, causing us to be more discriminating and diligent in managing the portfolio. We will continue to lean into growth stocks but with less reliance on disruptors as we layer on steadier and more profitable companies with relatively more moderate growth rates. At this stage in the cycle, we want to own stocks with more organic growth levers.

That said, we remain vigilant for opportunities that a bear market in disruptive growth stocks can provide. To revisit names that were our top holdings just 18 months ago, we need to see the Fed’s aggressive tightening program slow, fundamental improvements which pave the way to positive revisions and compelling valuations.

The ClearBridge Select Strategy outperformed its benchmark during the fourth quarter. On an absolute basis, the Strategy posted gains across nine of the 10 sectors in which it was invested (out of 11 sectors total). The primary contributors were the industrials, consumer staples and health care sectors, while the sole detractor was the IT sector.

In addition to the transactions mentioned above, we initiated a position in Marvell Technology (MRVL) in the IT sector and received shares in RXO, Inc (RXO). following its spinoff from portfolio holding GXO Logistics (GXO). We closed positions in convertible shares of Clarivate (NYSE:CLVT) in the industrials sector, Match Group (MTCH) in the communication services sector, LivePerson (LPSN) and Mongo DB (MDB) in the IT sector and the SPAC Edify Acquisition (EAC) in the financials sector.

Past performance is no guarantee of future results. Copyright © 2022 ClearBridge Investments. All opinions and data included in this commentary are as of the publication date and are subject to change. The opinions and views expressed herein are of the author and may differ from other portfolio managers or the firm as a whole, and are not intended to be a forecast of future events, a guarantee of future results or investment advice. This information should not be used as the sole basis to make any investment decision. The statistics have been obtained from sources believed to be reliable, but the accuracy and completeness of this information cannot be guaranteed. Neither ClearBridge Investments, LLC nor its information providers are responsible for any damages or losses arising from any use of this information.

Performance source: Internal. Benchmark source: Russell Investments. Frank Russell Company (“Russell”) is the source and owner of the trademarks, service marks and copyrights related to the Russell Indexes. Russell® is a trademark of Frank Russell Company. Neither Russell nor its licensors accept any liability for any errors or omissions in the Russell Indexes and/or Russell ratings or underlying data and no party may rely on any Russell Indexes and/or Russell ratings and/or underlying data contained in this communication. No further distribution of Russell Data is permitted without Russell’s express written consent. Russell does not promote, sponsor or endorse the content of this communication.