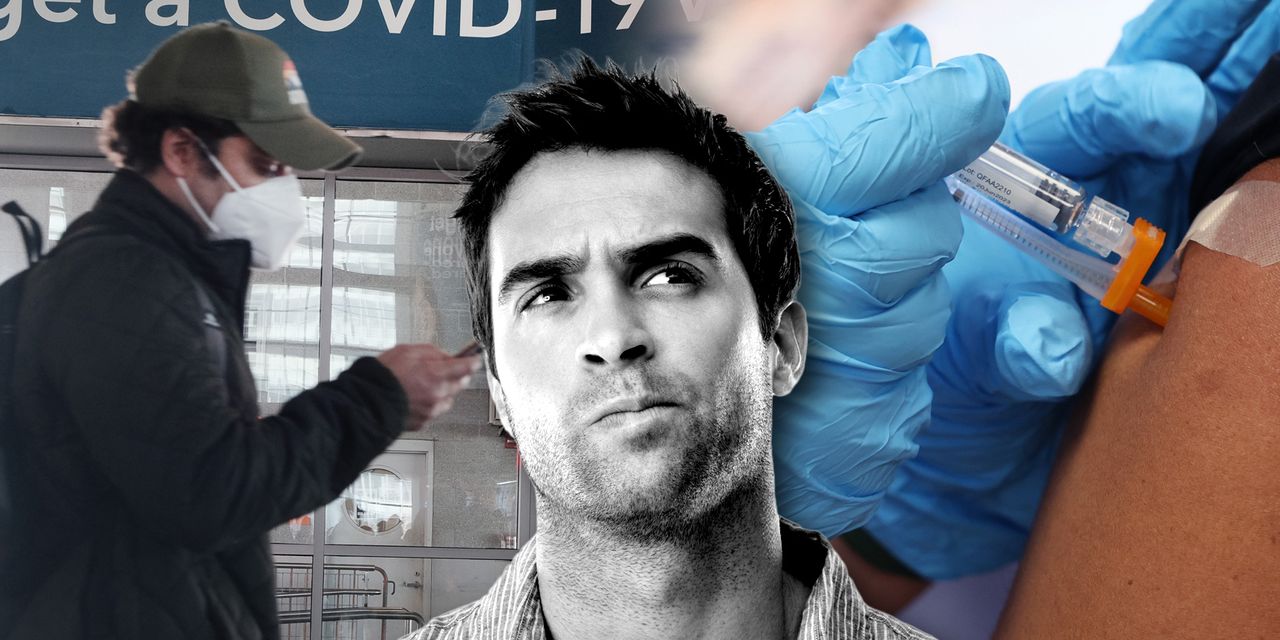 As we head into the third winter of the pandemic, only about 13% of American adults — less than 11% of Americans overall — have received the bivalent COVID-19 booster.

Only about 34 million adults in the U.S. have opted to get the new shot, which became available in September. The bivalent boosters, which were developed by Moderna and BioNTech/Pfizer, are designed to better protect people against the forms of the virus that are currently circulating.

Medical experts say the lackluster interest in the new boosters is due to several factors: pandemic fatigue, mixed messages from public-health officials, confusion about how the new boosters are different from previous shots, and the government’s decision to authorize the updated boosters without first getting clinical data in humans.

“It’s hard for people to wade through that,” said Robert Wachter, chair of the department of medicine at the University of California, San Francisco. “Some of them are just throwing up their hands and saying, ‘I got vaccinated, and that’s all I need to do.’ Which, unfortunately, is not.”

A lot has changed since 2020. We now have vaccines that do a pretty good job of keeping most people from getting so sick that they end up in the hospital or die. You can now pick up at-home tests from pharmacies, and there are antiviral drugs that help treat COVID and may help prevent long COVID, in which symptoms can linger long after an infection. And now we also have the updated boosters, which are another way to ward off the worst of the virus.

Those boosters, however, don’t confer total protection from getting sick, leading some people, particularly those who are young and healthy, to ask: Why get one, then?

With new variants like BQ.1 and BQ.1.1 now the dominant strains circulating in the U.S., and with the coming holidays bringing more people together to spend time socializing indoors with friends and family, it’s important to understand that your immunity, whether from an infection or vaccination, wanes within four to six months. In fact, immunity to all coronaviruses wanes over time “for reasons that we don’t quite understand,” Kami Kim, director of infectious-disease research at Tampa General Hospital’s Global Emerging Diseases Institute, told me.

“If you’re past three months [after vaccination or infection], you don’t want to rely on you having a BA.5 infection, because BQ.1.1 still can hit you,” said Eric Topol, chair of innovative medicine at Scripps Research in La Jolla, Calif.

Here are answers to some common questions about COVID.

1. What’s the difference between this booster and the shots that were available last year?

The earlier booster shots were simply additional, smaller doses of the original vaccine. But now there are two bivalent COVID-19 boosters available in the U.S.: Moderna’s
MRNA,

Both shots are designed to protect against the original strain of the virus in addition to the BA.4 and BA.5 omicron subvariants. The bivalent boosters were designed to better protect people against the forms of the virus that are currently circulating, as well as future variants. It’s a similar approach to the way influenza strains are selected for flu shots every year.

“It’s the same exact mRNA technology [as the original vaccine], but each dose now has half of the [original] variant,” said Jennifer Beam Dowd, an epidemiologist and professor of demography and population health at the University of Oxford in the U.K.

In June of this year, the U.S. Food and Drug Administration asked drugmakers to design the next generation of COVID boosters using this formula. (In Europe, regulators took a slightly different approach, first opting for bivalent boosters that equally protect against the original virus and the BA.1 subvariant of omicron before adding a recommendation for the same bivalent formula that’s being used in the U.S.)

“Part of the rationale for keeping the old version and BA.4/BA.5 is that if you put all your eggs in the basket, as far as BA.4/BA.5, then the virus will change to turn into more like the original version,” said Tampa General Hospital’s Kim. “It’s hedging your bets.”

Up until last week, BA.5 had been the dominant variant in the U.S. But as of Friday, BQ.1 and BQ.1.1, which are sublineages of BA.5, now make up the majority of new infections in the U.S., according to the Centers for Disease Control and Prevention.

This isn’t all bad news. BQ.1.1 is closely related to BA.5, according to Dowd, and that means many of the protective qualities of the bivalent booster will also guard against the new variants.

2. What does the science say about the new boosters?

There is preliminary data about both bivalent boosters that appears to indicate they work against BQ.1.1 as well as BA.5. However, scientists and physicians say they are still waiting to see peer-reviewed research from the clinical trials to fully gauge the effectiveness of both shots.

3. What if I had COVID this year? Does it matter when I get the booster?

Most experts interviewed for this story say immunity can last anywhere from three to six months, though the official CDC recommendation is that the bivalent boosters should be given three months after a COVID infection or two months after an individual’s last shot.

“We used to say, just go ahead and get vaccinated as soon as you recover,” Dowd said. “But there has been subsequent evidence that suggests it’s a little better to probably wait at least three months. Not because it’s harmful to get it sooner, but you really won’t be getting much of the benefit of that boost. You reach a ceiling.”

There are other considerations, as well. The timing of your last infection does matter if you have an idea what variants were circulating when you got sick. If you had an omicron infection last winter, you’re probably due for a booster. If you got sick within the past month or so, presumably with BA.5 or one of its subvariants, you may want to wait a month or two.

“As good as the vaccine is and as good as post-infection protection is, the immunity and protection wanes over time,” Dr. Anthony Fauci, chief medical advisor to President Joe Biden, told journalists at a White House briefing on Tuesday.

You also have to assess your underlying immune status, whether you have medical conditions that put you at higher risk for severe disease, and how concerned you are about long COVID.

Finally, if you’re planning to spend Christmas with family or take a trip at the end of December, remember that it takes a few weeks to build up antibodies from the new shots.

4. Do I really need to get a booster if I’m young and healthy?

We are long past the stage in the pandemic when the approach to vaccination was one size fits all, and not all medical experts think that people who are young and healthy need a booster right now.

Dowd said that people who are “younger and in good health” can wait up to six months after a previous infection to get another shot.

“If we go by the CDC data or the U.K. data, the people who seem to benefit from the boost fall into three categories: people who are immunocompromised, people who are elderly — mostly over 75 — and people who have high-risk medical conditions,” said Paul Offit, director of the Vaccine Education Center at Children’s Hospital of Philadelphia.

It’s unclear whether that thinking has influenced people’s decisions about whether to get a booster. But the bivalent shots have been available to children older than 5 years old and all adults in the U.S. for months, and that availability hasn’t led to much interest.

“It’s for the same reason that 19,500 people pour into Wells Fargo Center [in Philadelphia] to watch the Sixers play, screaming their heads off, without a mask on,” Offit said. “They don’t feel compelled to get a booster dose.”

That may be due in part to the fact that COVID hospitalizations and deaths have largely remained stable. There is no longer the kind of urgency that drove people to book appointments for the original vaccine or to wear masks. With the annual peak in COVID cases occurring during the first two weeks of January in 2021 and 2022, the question now is: Will that comfort level change as we get further into winter and the holiday season?

“People want [a booster] to be like flipping a switch, like I’m 100% protected or not,” Dowd said, “but we know from the first couple of years that when the vaccine is well matched to the variants, which the BA.5 is a decent match right now, it really lowers transmission substantially and your chances of getting infected at all. We should take advantage of that.”