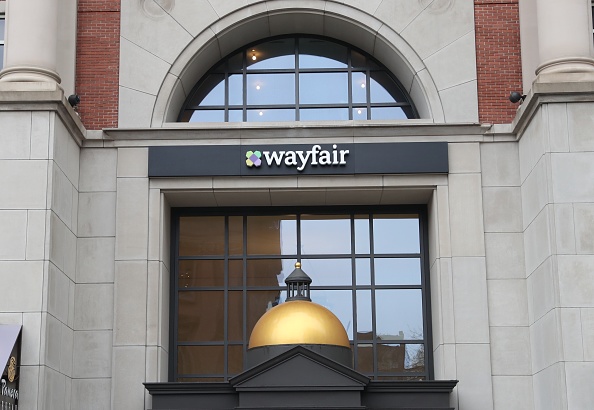 Last summer I pounded the table on Bed Bath & Beyond (BBBY) as short, making the argument that it was headed for bankruptcy (actually first recommended BBBY as a short in July 2021 when it traded briefly over $30). I made the assertion that BBBY may end up eventually liquidating and that it did not need to exist. The bonds are now trading at 11 cents, which suggests the strong possibility that BBBY will be liquidated. Whether or not this is the case, the shares will be canceled in Chapter 11 or 7.

The following brief analysis on Wayfair (NYSE:W) is from my latest issue of the Short Seller’s Journal. I’ve been all over W as a short since it was trading over $300 more than 18 months ago. At the current cash burn rate, W could be out of cash by year-end. Note: this analysis was written last Friday. I have added to my Wayfair puts this week as it squeezes higher.

Wayfair (W – $46.79) – Wayfair, which I recommended at much higher stock prices intermittently throughout 2020-2022, announced that it was cutting 10% of its workforce. A big workforce reduction is the unmistakable sign that upper management and the Board of Directors are bracing for a contraction in a company’s business prospects. Yet, the stock market right now prefers to continue chasing “unicorn” sightings.

In this case, W jumped 20.3% Friday on that announcement on the notion that the cost reduction from the job cuts would boost earnings. In addition, the Company announced that initiatives were underway that are expected to cut $1.4 billion in costs by late 2023 (the unicorn). Of course, the Company did not identify specifics. It also said that it is expected to be “adjusted EBITDA breakeven” earlier in 2023 than was projected in August 2022.

The Company did not say anything about revenues for Q4 other than that it was encouraged by the “recent topline (sic) performance” and “the momentum in orders,” whatever “momentum” is supposed to mean. We know retail sales declined in November and December. If W generated revenue growth from November to December, it was at the cost of steep discounts, which means lower gross/operating margins.

Now, Wayfair will be incurring up-front cash costs connected to the job cuts, but its alleged cost cuts will not fully kick in until late 2023. By then, I am betting its revenue base will have declined a material amount on a year-over-year basis. If not, it means W continued to slash prices in order to move inventory and generate revenues, which in turn takes a blow-torch to margins. W’s revenues dropped 12.5% from Q2 2022 to Q3 2023. October may or may not have improved, we know November likely did not, and December remains to be seen. We’ll find out in late February when it reports its Q4/full year for 2022.

With a 34% short interest on a 72.8 million share float, I believe 80-90% of the upside action in W’s price Friday was from short-squeeze covering. The CEO’s hot air about expense cuts and “adjusted” EBITDA that accompanied the job cuts announcement got the momentum going. The last time when W ran up starting in late November from $28.75 to $42.20 in three trading days, I contemplated buying puts but did not. I regretted it when W fell back to $31 about 10 days later.

I’m not even sure Wayfair needs to exist in a nasty recession scenario, which is what I believe will unfold this year in conjunction with a consumer that has little liquidity remaining after paying for necessities and servicing credit card debt,. I’m not making that bet yet – crash puts – but I might after I see Q4 numbers.