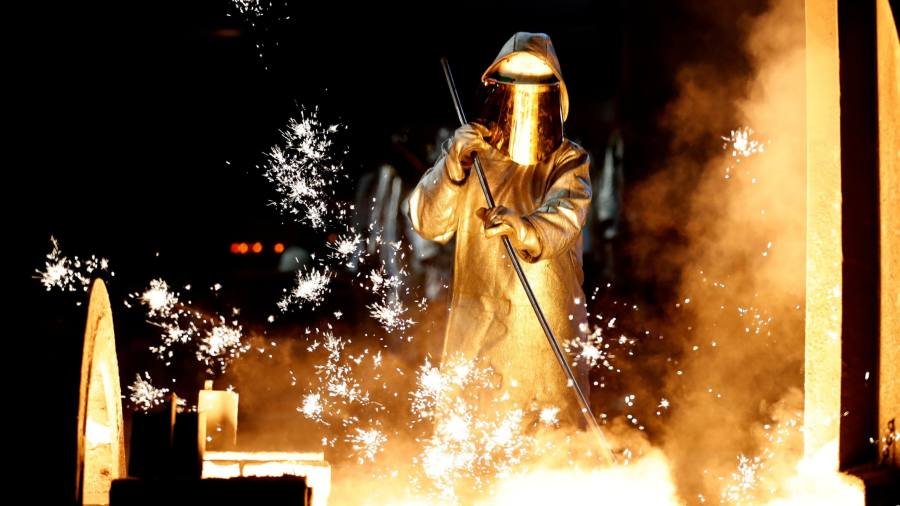 Activity in the eurozone unexpectedly returned to growth for the first time since June, according to a survey that is likely to bolster the European Central Bank’s resolve to raise rates.

S&P Global’s flash eurozone composite purchasing managers’ index, a measure of activity in manufacturing and services, rose to 50.2 in January from 49.3 in the previous month, figures on Tuesday showed.

The rise, the third consecutive monthly increase from the low reached in October, was higher than the 49.8 forecast by economists polled by Reuters. It was also above the 50 mark, which indicates a majority of businesses reporting an expansion compared with the previous month.

“A steadying of the eurozone economy at the start of the year adds to evidence that the region might escape recession,” said Chris Williamson, chief business economist at S&P Global Market Intelligence.

Fears over energy had eased since October as prices fell, helped by generous government assistance, he added.

Supply chain stress has also waned, while the reopening of the Chinese economy has helped restore confidence in the broader global economic outlook for 2023.

The rise in the composite eurozone PMI index contrasts with an unexpected deterioration in the UK, where the corresponding index signalled the sharpest drop in activity in two years.

The resilience of the eurozone economy, coupled with high underlying price pressures and renewed momentum in the labour market, reinforces ECB signals of further monetary tightening.

Christine Lagarde, ECB president, said on Monday: “ECB interest rates will still have to rise significantly at a steady pace to reach levels that are sufficiently restrictive, and stay at those levels for as long as necessary.”

Andrew Kenningham, chief Europe economist at Capital Economics, said: “With employment intentions and price pressures still high, there is nothing here to stop the ECB from raising rates by a further 100 basis points over the next two months, and perhaps further beyond that,”

With the US Federal Reserve expected to slow the pace of rate increases to 25 basis points at its policy meeting next week, “the ECB went from one of the most dovish central banks last year to one of the most hawkish . . . in just a year”, said Ipek Ozkardeskaya, senior analyst at Swissquote Bank.

The S&P PMI survey, based on data collected between January 12 and 20, showed employment growth picked up momentum as businesses prepared for a better than expected year.

Business expectations rose by the largest monthly increase since June 2020, pushing confidence to its highest level since last May.

“Sometimes you just need a bit of luck,” said Bert Colijn, senior economist at ING. The eurozone economy had avoided “dramatic scenarios” for the winter thanks to a mild December in which the depletion of gas stores was much lower than feared, he said

The report showed activity in the eurozone services sector expanded for the first time since last July, with consumer-facing industries such as bars and restaurants showing signs of stabilising after months of decline.