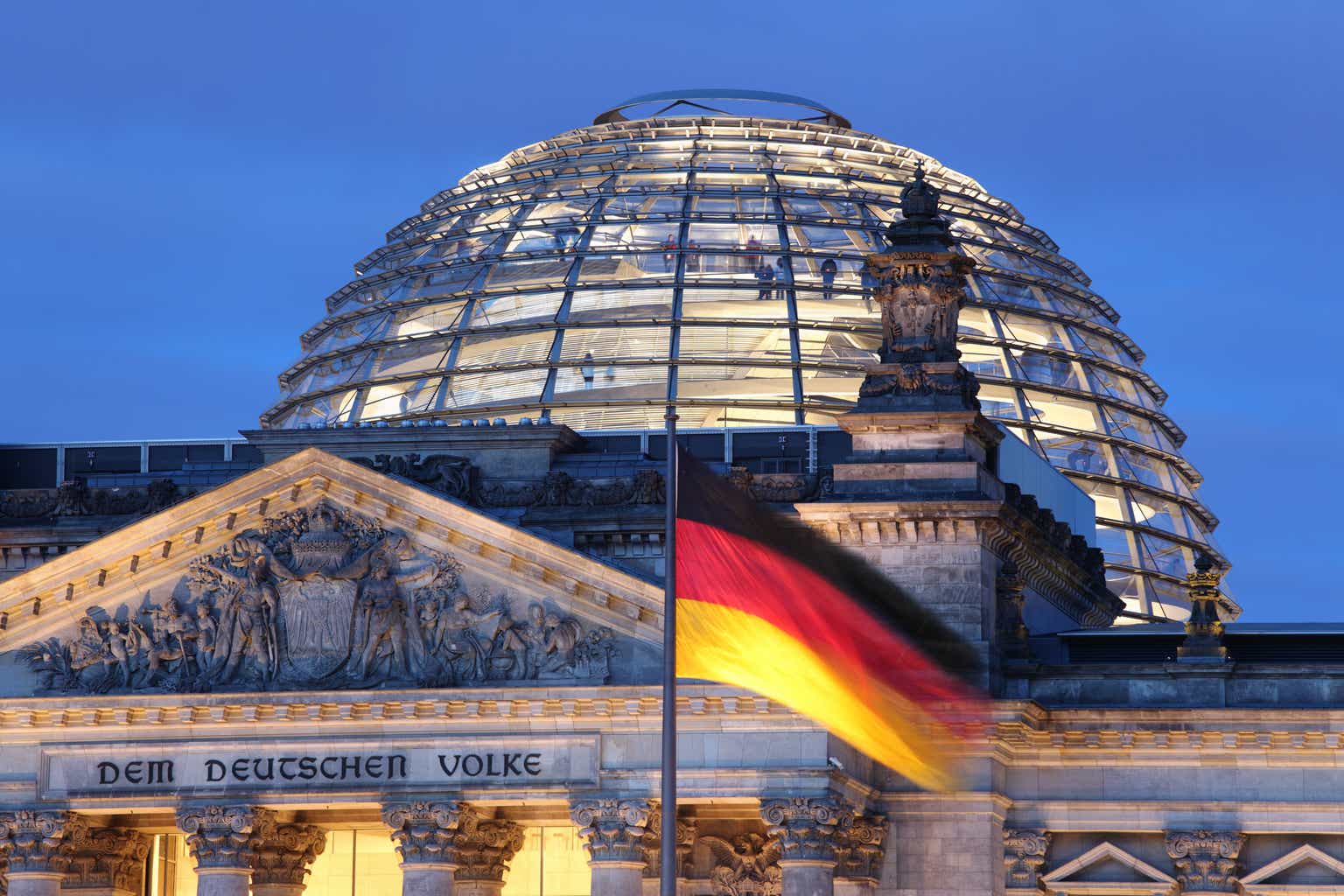 The iShares MSCI Germany ETF (NYSEARCA:EWG) has recovered strongly since its October lows, supported by the easing of energy prices. After a 43% rally in just three months, the EWG is priced to return around 2% in real terms over the long term. While this is superior to the returns on long-term government bonds, and indeed the MSCI World, it comes with a high risk of capital drawdown due to the susceptibility of German industry to global economic weakness.

The EWG aims to provide concentrated exposure to large- and mid-cap segments of the German equity market, meaning it covers the top 85% of the German companies by market cap. The ETF is reasonably well diversified in terms of sector exposure, with Industrials, Financials, and Consumer Discretionary making up the three largest weightings at 18%, 18%, and 16%. The lack of energy companies on the index, reflecting Germany’s status as a net energy importer, means rising oil prices are negative for the EWG. The expense ratio is 0.50%, while the dividend yield is 2.9%. This yield should rise in line with the higher yield on the underlying MSCI Index, which is currently 3.6%.

German stocks have outperformed most of the rest of the world over the past three months, with the help of the recovery in the euro, which has rallied in line with local stocks. The previous negative correlation between the EWG and real (inflation-linked) German bond yields has completely broken down, with the index rising over the past month even as real yields have moved to new cycle highs.

The easing of the energy crisis facing the continent has been a key driver of Germany’s outperformance. European natural gas prices have fallen back to pre-Russian invasion levels, alleviating fears that rising import costs would tip Germany into its first trade deficit wince 1991.

Valuations Now Back To Long-Term Average

The strong rally since the October lows has taken valuations on the MSCI Germany back to levels that are in line with the long-term average. While the trailing PE ratio is historically low at 13.1x, compared to a long-term median of 18.9x going back to 1995, this reflects near-record high profit margins, which should not be expected to persist over the long term.

Although low by US standards, the current profit margin on the MSCI Germany of 6.6% is 40% above its long-term average and is prone to large declines. I prefer using the price-to-sales ratio as a valuation tool for historical comparison, and on this metric German stocks are actually slightly overvalued relative to their long-term average.

The dividend yield is slightly elevated relative to the long-term average, at 3.6% versus a long-term average of 2.6%, with dividend payments on German stocks having grown at 2.5% per year in euro terms over the long term on a peak-to-peak basis. Going forward we should see dividends grow much more slowly. With profit margins near record highs, dividend growth will likely be constrained by how fast sales can rise. Over the long term, sales growth has averaged just over 1% per year in euro terms. Assuming a continuation of this trend, this would allow the MSCI Germany index to return just 4.6% in nominal terms, which translates to 2.6% in real terms once we factor in 10-year German inflation expectations of 2.0%. The performance of the euro will be another key factor, but the currency is roughly fair value at present. After taking into account the expense fee, the EWG is expected to return just 2% per year in real terms.

These returns are likely to be higher than those on German government bonds, or indeed US government bonds. However, they are not enough to compensate for the significant risk of large capital losses. The EWG is highly susceptible to large price swings, and with the real return outlook just fractionally higher than that available on USTs, Treasuries are a much better bet from a risk-reward outlook.

German stocks have outperformed most of the world over the past three months as strength in local stocks has combined with a rising euro, supported by the sharp drop in natural gas prices. After a 40+% rally, valuations have risen back in line with long-term averages and real returns are likely to be just 2% per year on the EWG after expenses are taken into account.