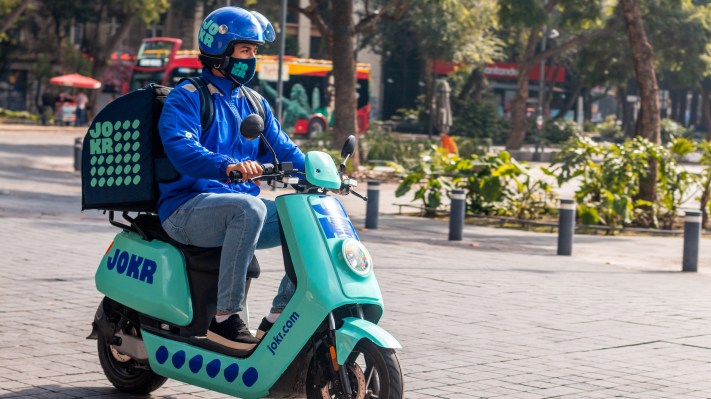 JOKR confirmed Tuesday that it has pulled its on-demand food delivery operations in both Santiago, Chile and Medellin, Colombia, and laid off 22 and 19 employees, respectively, in those markets.

The company said via email that this step “will further narrow our geographical footprint to those markets that have achieved the highest level and thus will strengthen our path towards profitability. Despite the difficulty of these changes, they will help us become a more successful, sustainable and sustainable company.”

Profitability challenges among emerging grocery delivery companies are not new. Companies struggled to come up with a business model that could generate meaningful revenue even when customers just ordered a bunch of bananas or a gallon of milk.

Co-founder and CEO Ralf Wenzel revealed in April that JOKR had reached gross profit status, but that spike was short-lived. He was back in the news a few months later saying that the company was closing down its US presence to focus on Latin America, where it had operations in countries like Mexico, Colombia and Peru.

The closing of the Santiago and Medellín markets isn’t a complete surprise.

In September, The Information reported that JOKR was talking to investors with the goal of raising up to $50 million that would value the company at $1.3 billion. That would be up slightly from the company’s $1.2 billion valuation from the $260 million increase announced last November.

The information article also indicated that the company was losing approximately $10 million a month, and that even if it raised the full $50 million, the capital wouldn’t give the company much. Excluding fundraising efforts, JOKR has raised a total of $430 million, including debt.

Meanwhile, the company said it “remains focused on significant opportunities in our existing markets and is confident in our unique value proposition in this region.”

She added, “JOKR is deeply grateful to its team as well as to our customers and local communities for their unwavering support and is committed to assisting employees in their transition process.”