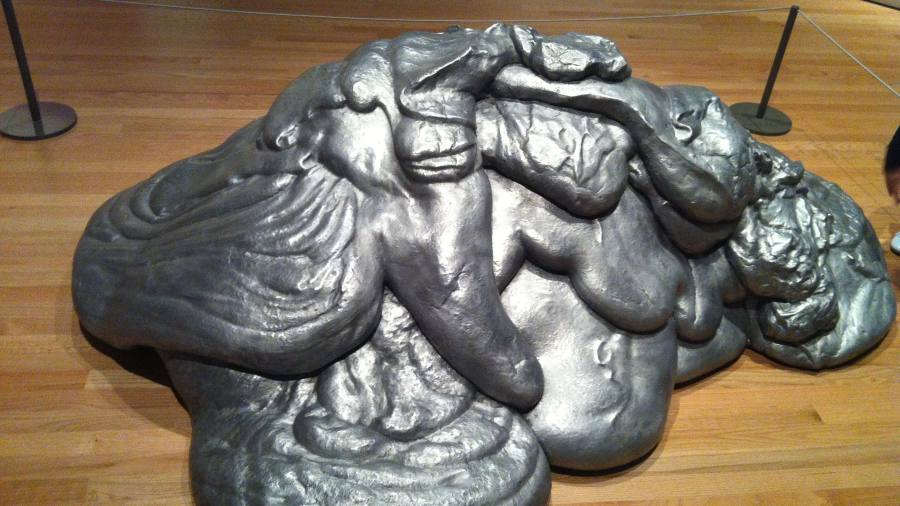 Last week it took another twist when the hedge fund formerly known as Och-Ziff put itself up for sale. And because Sculptor is one of the very few listed hedge funds, a lot of the drama is being played out in the public eye — including putting a “for sale” sign on the front lawn.

Here is the company statement that went out on Friday:

NEW YORK, November 18, 2022 — Sculptor Capital Management, Inc. (NYSE: SCU) (the “Company,” or “Sculptor Capital”) announced today that its Board formed a special committee, comprised solely of independent directors (the “Special Committee”), to explore potential interest from third parties in a transaction with the Company that maximizes value for shareholders.

Sculptor’s share price shows one big reason why the board has taken this step. Its stock is down 53 per cent this year to $10.25. The IPO back in November 2007 was at $32 apiece and raised $1.15bn. Its market cap is now less than half that — which, even for a hedge fund, is a pretty stunning level of capital incineration.

Here’s Sculptor’s price performance relative to Man Group, its closest peer in the listed sphere, over the past decade.

However, the main reason for the proposed sale is the long shadow of a mid-noughties bribery debacle and the embarrassing, debilitating, long-running, very public brawl that followed between founder Daniel Och and his one time protégé Jimmy Levin.

The succession started as well as these things can — at least given the circumstances. After an ignominious African bribery scandal — the hedge fund eventually paid regulators $413mn to settle charges in 2016 — Och in 2017 handed the investing reins to Levin, a money wunderkind he had first met at a Wisconsin summer camp in the late 1990s, when Levin was teaching Och’s son to water ski.

Despite being just 33-years old back in 2017 (which caused some grumbling internally and raised eyebrows externally), Levin appeared a plausible successor.

After graduating from Harvard with a degree in computer science, he had worked at Sagamore Hill and Dune Capital (yes, Steven Mnuchin’s hedge fund). Levin then joined Och-Ziff in 2006 and emerged in the wake of the financial crisis as a rock-star credit investor. By 2017, Levin was clearly the star turn at Och-Ziff.

In the wake of the DoJ settlement the hedge fund went through several rebrands: Och-Ziff first became Oz Capital, then in 2019 OzCap became Sculptor. Levin was promoted to CIO and results started picking up, with the the master fund making 11.5 per cent in 2017. Investor outflows abated.

But pretty swiftly some kind of psychodrama broke out between Levin and Och.

It would be possible to build an exhaustively detailed timeline of the breakdown as pieced together by media stories over the five years since Och first nominated Levin as his successor in 2017, then changed his mind before the year end. Applying guesswork psychology to the labour might throw up a few theories on what happened. But really, life is too short. The tl;dr is they fell out.

Och left in 2019 and the board made Levin CEO a year later. But the drama hasn’t ended there.

In a court filing last month, Och obliquely referenced a “personal issue” in Levin’s past that made him unfit to be CEO. This forced Sculptor’s board into a statement in support of Levin, and Levin to say:

Dan Och’s court case in Delaware is the latest salvo in his years-long clash with the firm and me. My colleagues and I, throughout all of this, have kept our collective heads down and focused on the job we do for our clients. In light of Och’s legal filing last week, where he mentions a “personal issue” from my past, I now need to briefly raise my head.

Twenty years ago, when I was 19, I was falsely accused of sexual misconduct. After a thorough Harvard University administrative review into the allegation, I was exonerated. Unlike some of these situations, the allegation did not involve the question of consent — rather, the alleged conduct did not occur.

I brought this matter to the attention of the firm, its officers, and its directors in 2015. And after the firm’s review, I received unconditional support, including from Och as then Chairman and CEO. In the years that followed, Och promoted me multiple times, consistently praised me in various internal and external communications and executed a long-term employment contract with me.

My relationship with Och changed in late 2017 when he became extremely angry with me. To weather the fallout of the firm’s FCPA bribery settlement the year before, I supported the independent Board members’ efforts to restructure the firm’s governance and finances in ways that would have resulted in Och ceding his unilateral control of the firm (following SEC charges against him) and making financial concessions to ease the burden of significant debt and liabilities incurred to settle the bribery matter. This culminated in Och overruling both the decision of the independent directors to appoint me as the next CEO and their recommendation to adopt a series of financial restructurings.

Och next tried to insinuate that part of his decision to pass me over for CEO was influenced by this disproven allegation from my teenage years. But those insinuations are belied by his statements to our shareholders, employees and clients about his decision regarding CEO succession — none of which ever mentioned this subject. Indeed, he subsequently communicated how important it was to retain me and led an effort to make sure that happened.

Last week, Och took it one step further by intentionally dropping a reference to this matter in a Delaware court filing, triggering the press to write about it. Even though I am the target, this press coverage, exoneration notwithstanding, will impact those closest to me including my wife who I met in college and my school-aged children.

I want nothing more than for Och to end this feud he continues to pursue.

Unfortunately for Levin, Sculptor’s recent results have been bad, which complicates things. Not Tiger Global-bad, but certainly not great for a multi-strategy hedge fund, and unhelpfully poor given the artillery shells Och keeps lobbing their direction.

While multistat rivals like Citadel and Millennium are chalking up hefty returns, Sculptor’s near-$10bn master fund lost 13.3 per cent in the first nine months of the year. The latest earnings looked grim. Moreover, as Levin admitted on Sculptor’s third-quarter call with analysts, “general noise at the corporate level is not a particular tailwind for [allocator] conversations either”.

That has forced the board into a tentative truce with Och, and to explore what Och says is interest from potential suitors. From Friday’s statement:

The Special Committee reached out to Daniel S. Och and the four other former executive managing directors who had filed a books and records action in the Delaware Court of Chancery and the parties agreed that the resolution of that action would be beneficial to the process initiated by the Special Committee for the benefit of shareholders. The parties therefore have reached a settlement to provide an agreed set of additional Company books and records and dismiss the action with prejudice.

“The Board and the Special Committee are committed to conducting a process that is fair and in the best interests of shareholders and appreciate Mr. Och and his colleagues’ support for such a process. We are open to considering any potential transaction that maximizes shareholder value,” said Marcy Engel, Chair of the Board.

“We are pleased that the Board has formed a Special Committee that is dedicated to exploring potential interest from third parties in a transaction with the Company, and we will be supportive of a vigorous, independent, and thorough process that puts shareholders first,” said Mr. Och.

It’s possible that soliciting potential M&A interest is just a sop to Och to see if he can go away. Would anyone actually buy Sculptor outright? Perhaps the franchise might appeal to a big traditional asset manager keen to build up its alternatives business, especially in credit, where Sculptor is relatively strong. But given the messiness of asset management M&A, it’s hard to see who would bite.

With a market cap of around $600mn, Sculptor would likely cost roughly the same as Alcentra (now part of Franklin Templeton) or Arcmont Asset Management (which Nuveen agreed to buy last month for $1bn), and much less than Oak Hill (which T Rowe bought for $4.2bn in 2021). None of those names were as beset with problems as Sculptor, however, whose share price reflects a widespread and justifiable cynicism about a white knight bidder emerging.