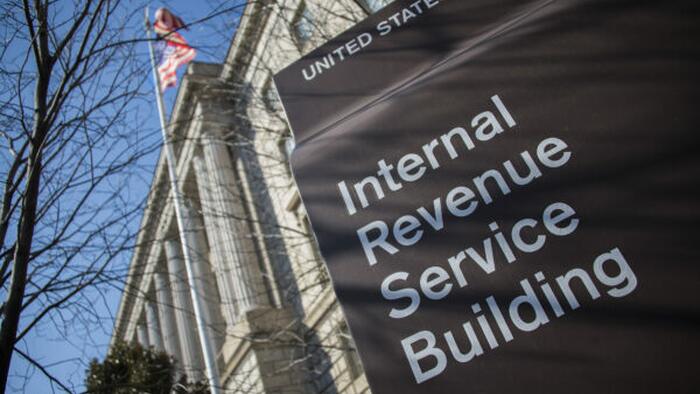 Authored by Jack Phillips via The Epoch Times (emphasis ours),

The official tax-filing season will start Monday, Jan. 23, and the Internal Revenue Service says the amounts might be different than last year.

“This filing season is the first to benefit the IRS and our nation’s tax system from multi-year funding in the Inflation Reduction Act,” said acting IRS Commissioner Doug O’Donnell in a Jan. 12 news release. “With these new additional resources, taxpayers and tax professionals will see improvements in many areas of the agency this year.”

Although some people might want to file their taxes as soon as possible, the IRS release said that people should “have all the information they need before they file.” If not, they risk “refund delays” or risk needing to file an amended return, the agency said.

Taxpayers have until Tuesday, April 18, to file their taxes in 2023. That’s because April 15 falls on a Saturday and because the Emancipation Day holiday in Washington falls on Monday. Those who want an extension can file one before that date, which will postpone it back to Oct. 16, 2023.

Meanwhile, the IRS has already issued a notice to taxpayers that refunds are likely to be smaller this year, and some people who expect to get money back might end up even owing the federal government.

“Refunds may be smaller in 2023,” the IRS said last November. “Taxpayers will not receive an additional stimulus payment with a 2023 tax refund because there were no Economic Impact Payments for 2022. In addition, taxpayers who don’t itemize and take the standard deduction, won’t be able to deduct their charitable contributions.”

And if people are eligible for a refund, it may take longer. Last year, the IRS warned that some tax returns may require extra time to process this year.

“The IRS cautions taxpayers not to rely on receiving a 2022 federal tax refund by a certain date, especially when making major purchases or paying bills,” the federal tax agency said in November.

As of Dec. 23, the agency said on its website that it still has 1.91 million unprocessed individual returns that it received in 2022, including returns for 2021 or late-filed returns from previous years. “Of these,” it added, “1.49 million returns require error correction or other special handling, and 414,000 are paper returns waiting to be reviewed and processed.”

For those who have children, there may be dramatic changes. For the 2022 tax year, parents could claim a maximum child tax credit of $2,000 for each child if their earnings fell below a certain threshold.

A number of Americans got a $1,400 stimulus payment in 2021, or the third of such payments since the start of the COVID-19 pandemic. Financial expert Lynnette Khalfani-Cox told NPR said that “a whole bunch of taxpayers actually received what’s called a recovery rebate credit … and they got $1,400 per person on their 2021 taxes.”

Separately in 2021, there was a temporary tax break that allowed for a “$300 deduction for people who don’t itemize and a $600 deduction for married couples,” she added. “But Congress didn’t extend this deduction in 2022.”

A controversial rule was enacted under the American Rescue Plan of 2021 that would have required anyone who earned $600 or more via online platforms like PayPal, Etsy, eBay, and Venmo to report their earnings. However, just days before the start of 2023, the IRS announced that it delayed the reporting rule by another year at the least, as O’Donnell told news outlets that the rule sparked widespread confusion.