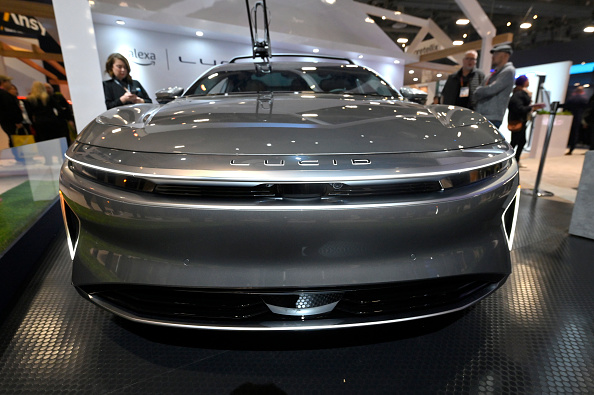 Lucid Group, Inc. (NASDAQ:LCID) showed that it could deliver, as it posted Q4 production that lifted its FY22 production well ahead of the top end of its revised guidance range.

Lucid’s outperformance was in stark contrast to fellow upstart Rivian (RIVN), as we discussed in a recent piece.

LCID also benefited from a strong start in 2023 led by EV leader Tesla (TSLA), as it continued to power ahead after a meek finish last year. Accordingly, TSLA has surged more than 30% from its January lows through this week, helping lift the industry.

LCID has also seen a remarkable revival of fortunes in 2022, as it recovered nearly 40% from its January lows through its highs last week. As such, it has almost recovered all its losses from our mid-December article, which initially saw the bears batter it through early January.

EV investors who have witnessed the thrashing have likely been stunned at the incredible recovery. So, what could have inspired buyers to pile into these EV stocks, particularly unprofitable ones like Lucid?

Furthermore, Lucid’s premium price tag means that its vehicles don’t qualify for the updated EV credits under Internal Revenue Code Section 30D. Moreover, Tesla’s substantial price cuts should have thrown the rest of its competitors off their perch, as the EV leader goes on the volume offensive, sacrificing margins to bolster growth.

There’s a lot at stake for Lucid in 2023, given the worsening state of affairs for the global economy. So despite telegraphing a push into the European market, investors will likely parse the company’s delivery slate at its upcoming Q4 card on February 22.

Have things changed dramatically from just a few weeks ago, as TSLA and its EV peers seemed to head toward the abyss?

Bulls could argue that the highly pessimistic tone from Tesla CEO Elon Musk on a recession and its attendant impact on consumer discretionary spending impacting automakers could be less than feared.

Even in Europe, where the region faced a monumental energy crisis last year, sentiments have improved tremendously. Accordingly, Europe could potentially avert a recession, which augurs well for Lucid’s foray to tap the world’s No.2 EV market. However, BloombergNEF’s updated EV outlook suggests a slower adoption cadence in 2023, in line with the weaker global macroeconomic outlook.

Despite that, European automobile sales experienced a continued upward trend in December, with a significant increase in Germany and Italy as production limitations that had been an issue previously had been resolved. As a result, the total number of new vehicle registrations increased by 15% to reach 1.1M, with Germany showing the largest increase at 38%.

Moreover, premium automakers could potentially sail through the macroeconomic headwinds better in 2023, as the lower end of the market gets hit harder, as seen in the used-vehicle market. Given Lucid’s premium positioning, buyers’ enthusiasm about its flagship models should remain constructive.

As such, the auto market has continued to demonstrate its resilience, despite the doom and gloom headlines that peppered over Europe’s industrial production.

Also, we emphasized previously that Lucid has a staunch supporter in Saudi Arabia’s sovereign wealth fund (SWF). Saudi’s Public Investment Fund, or PIF, is one of the leading SWFs in the Middle East, which is “obligated to source deals that fit with [Crown Prince Mohammed bin Salman’s or MBS] strategy for the kingdom.” Accordingly, MBS wants to “make Saudi Arabia less reliant on income from oil sales and expand into new industries through the PIF and acquisitions.”

As such, the PIF highlighted that its approach “is not altered by oil prices,” suggesting that Lucid has a highly reliable cornerstone investor willing to back it up with its incredible “size and scale.”

Keen investors should recall that the PIF signed up for nearly another $1B investment in Lucid in December as part of a $1.5B private placement to raise funds. Accordingly, the PIF took up the investment at a per share price of $10.68, representing a “72% premium” at the time of purchase. With a backer of such an immense scale, perhaps Elon Musk warning that Lucid could go out of business could be premature.

After such a remarkable recovery in LCID’s buying momentum over the last few weeks, it’s reasonable for investors to expect near-term consolidation.

However, we believe the recovery in LCID is far from over, as well-battered consumer discretionary stocks could continue outperforming the market, given the hammering in 2022.

Even Morgan Stanley (MS) Investment Management is sizing up its bets on consumer discretionary stocks to surprise to the upside in 2023. Senior Portfolio Manager Andrew Slimmon articulated: “Whenever anything gets this extreme, it’s only a question of when it snaps back.”

Oh, and he also reminded investors which sectors/stocks to avoid this year, as Slimmon stressed: “I would avoid the winners from last year.”