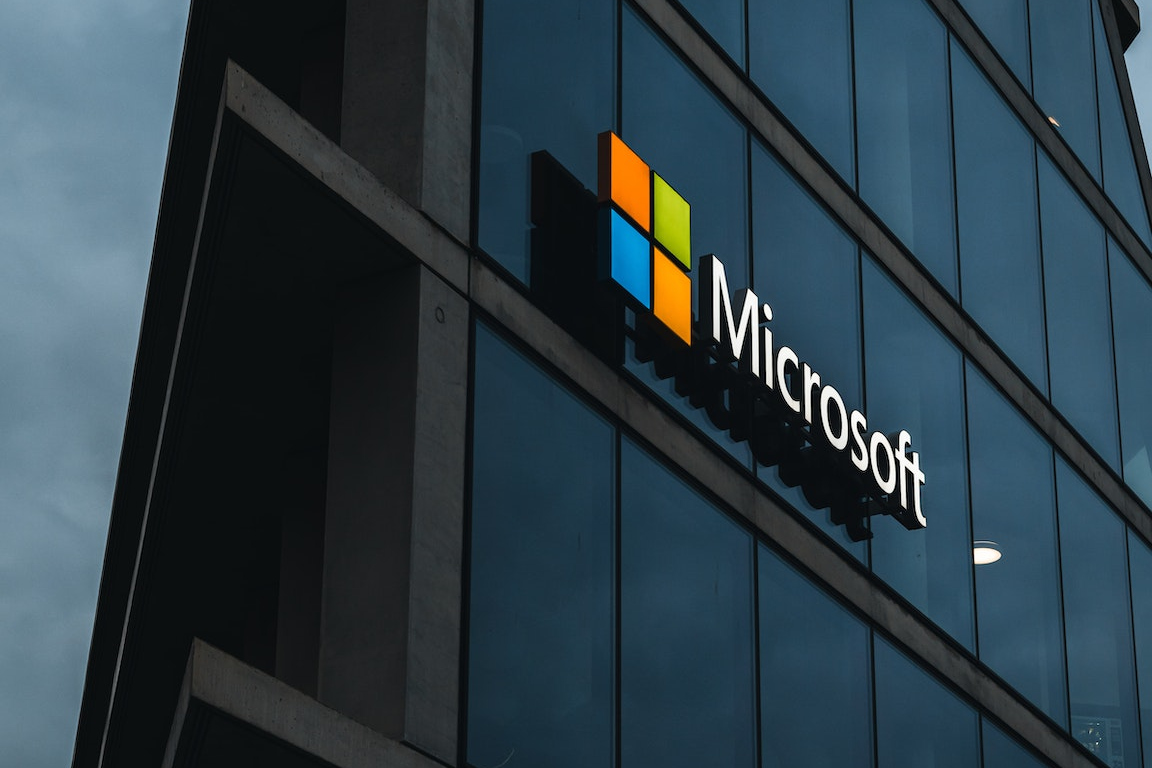 Microsoft reported revenues of $52.7 billion in the quarter that ended in December. The revenues rose 2% YoY and missed analysts’ estimate of $52.94 billion. Also, it is the slowest revenue growth for the company since 2016. Other tech names are also witnessing a growth slowdown and Netflix’s Q4 2022 revenues rose less than 2%.

Cloud revenues rose in the quarter

Microsoft’s Intelligent Cloud segment posted revenues of $21.5 billion, a YoY rise of 18%. Importantly, Azure’s revenue growth was 31% which was slightly ahead of estimates. Azure has been a key driver of the company’s growth and analysts closely follow the segment’s performance even as Microsoft does not give a breakdown of its revenues.

Microsoft stock initially rose after the earnings release but fell after it provided the guidance for the fiscal third quarter during the earnings call. The company expects revenues in the March quarter to come between $50.5-$51.5 billion which was below the $52.4 billion that analysts were expecting. The guidance implies revenue growth of just about 3%.

The company expects a continued slump in PC sales to dent its revenues in the quarter. The company also gave tepid guidance for Azure and said that revenue growth would “decelerate roughly four to five points in constant currency.”

Lower-than-expected guidance spooked investors and MSFT stock not only gave up the post market gains but eventually turned lower. 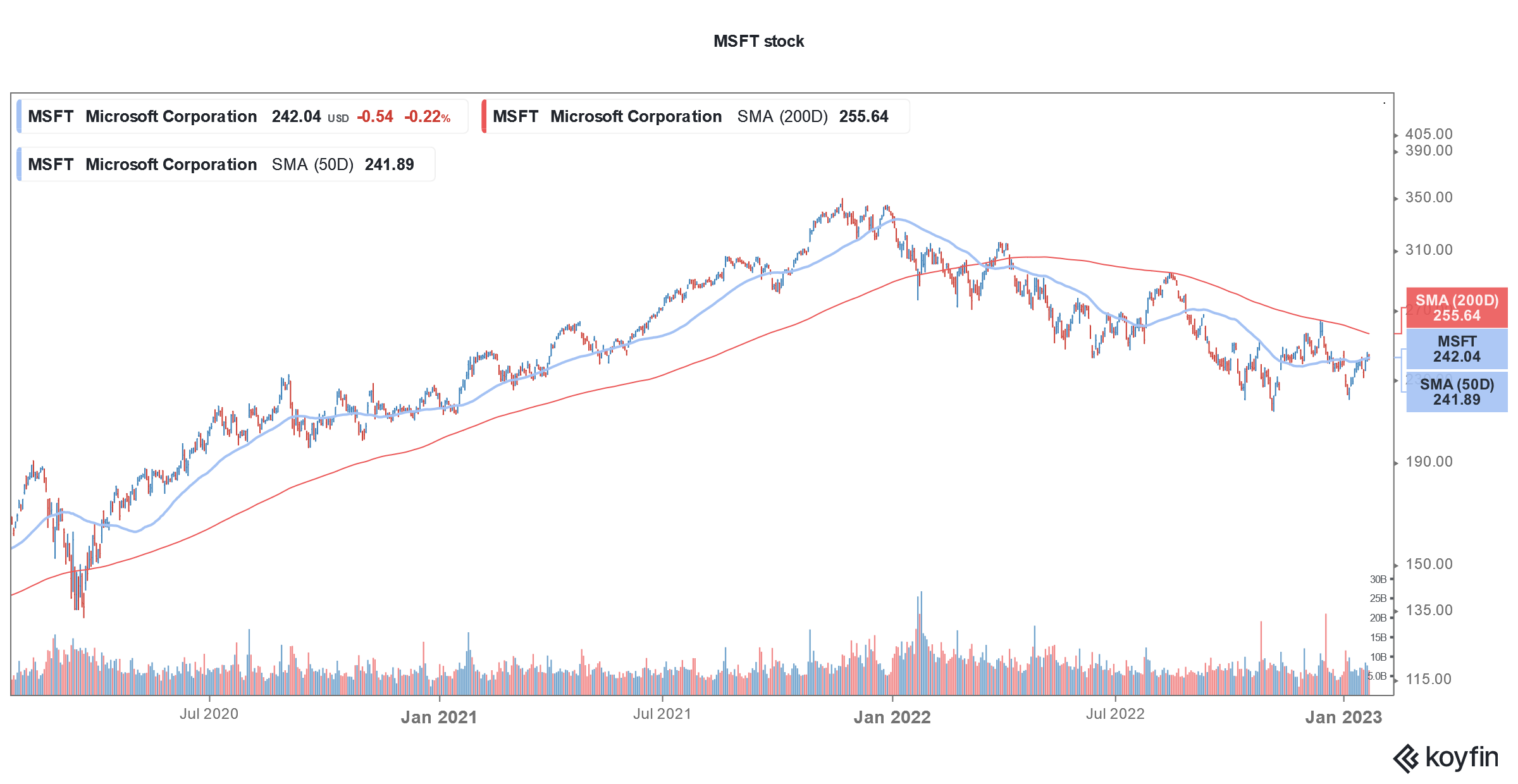 Microsoft took a $1.2 billion charge in the quarter

Microsoft took a $1.2 billion charge in the quarter related to the cost-cut measures that it announced last week. The company has laid off around 10,000 people and would incur a severance payment of around $800 million towards the layoffs.

Tech layoffs have spiked in 2023

Many other tech companies have announced layoffs amid slowing growth. Among the FAANG names, only Apple has not announced mass layoffs. In absolute terms, Amazon’s 18,000 layoffs are the highest among FAANG peers. However, in percentage terms, Meta Platforms leads the layoffs as last year it laid off 11,000 employees which are 13% of its workforce.

Meta Platforms was the worst-performing FAANG stock of 2022. MSFT too fell 29% last year. While the stock’s losses were higher than the S&P 500, it beat Nasdaq’s 33% fall. Among FAANGs, only Apple outperformed the Nasdaq but even the iPhone makers’ stock fell more than the S&P 500.

At the World Economic Forum earlier this year, Nadella sounded circumspect on the tech industry’s outlook. He said, “During the pandemic there was rapid acceleration. I think we’re going to go through a phase today where there is some amount of normalization in demand.”

Tech slowdown is not getting better

During the fiscal Q2 2023 earnings call, Nadella began his comments by saying, “As I meet with customers and partners, a few things are increasingly clear. Just as we saw customers accelerate their digital spend during the pandemic, we are now seeing them optimize that spend.”

Microsoft was also quite downbeat on the fiscal third quarter guidance. The company’s CFO Amy Hood said, “In our Consumer business, Windows OEM and devices will see continued declines as the PC market returns to pre-pandemic levels.”

She added, “LinkedIn and search will be impacted as ad market spending remains a bit cautious. In our Commercial business, we expect the business trends that we saw at the end of December to continue into Q3.”

Microsoft doubled down on its OpenAI investment

Recently, Microsoft expanded its partnership with ChatGPT’s parent company OpenAI and announced a multi-billion dollar investment spread across several years. MSFT would be the exclusive cloud provider for ChatGPT but did not comment on how much of a revenue impact the partnership would have.

Markets would now look forward to the earnings of other tech companies next week. The calendar is quite heavy and many mega-cap companies including Apple have lined up their earnings for the next week.