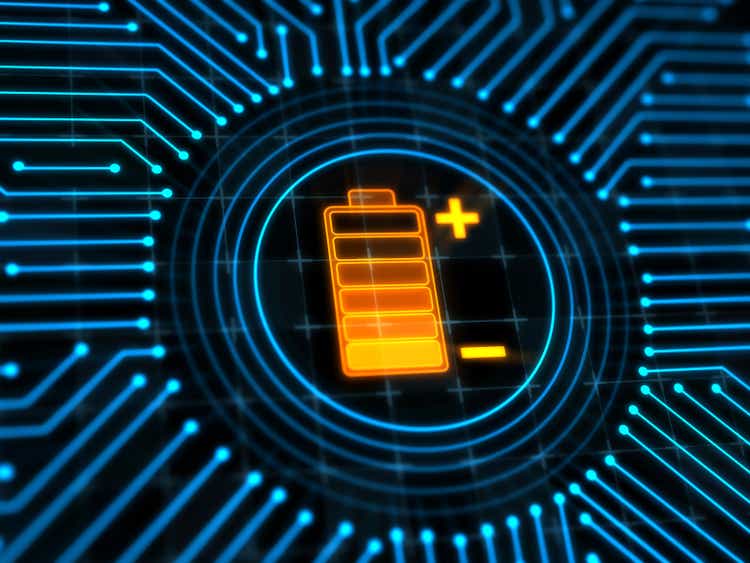 It took a while, but if the recent price action is any indication, then the pending proposal to acquire O2Micro International (NASDAQ:OIIM) is heading for the finish line. However, there appears to be some doubts out there as to the proposed transaction, although not as much as before, which probably explains why the stock is still trading below the proposed acquisition price. Still, this could be an opportunity some may want to take advantage of. Why will be covered next.

The stock is getting closer, but it’s still not there

OIIM has essentially gone sideways, trading within a range since March. That is when an offer was made to acquire all outstanding shares of OIIM for $5.50 per ADS. The stock jumped higher on the news, only to give it all back when doubts arose due to the lack of a timely follow-up. The proposal was not seen as a sure thing. The stock rose once more when OIIM announced an updated proposal in May as shown in the chart below.

The stock retreated once again by giving back all it gained after the updated offer. This continued until September 30 when OIIM announced a definitive agreement to go private. Unlike the original offer, this one valued OIIM at $5 per ADS. More importantly, unlike the two prior occasions when the stock proceeded to give back all gains, the stock has not retreated and has instead kept its gains. The market seems to believe that this time the offer is for real based on the price action. The transaction is expected to be completed in the first quarter of 2023.

Still, the stock trades at $4.42, which is roughly 10% below the proposed acquisition price. It would seem there remains some doubt out there as to whether the offer will go through as proposed, although much less than before. However, it also means there is an opportunity since the stock is available at less than what it is valued at according to the agreement. Anyone who gets in right now stands to profit, assuming of course OIIM is indeed acquired at $5 per ADS. Some may or may not want to take advantage of this opportunity.

OIIM is currently going through a tough stretch

Keep in mind though that it is technically possible for the proposed offer to fall through. If this were to happen, the stock would almost certainly be subject to a selloff. The stock rose thanks to the proposed offer and its absence would cause the market to look at other issues that faded into the background with the proposed offer hogging the limelight.

For instance, OIIM is currently dealing with declining revenue and earnings, mostly as a result of weak demand with customers sitting on excess inventories. This was true once again in the latest quarterly report. In fact, OIIM officially fell into the red when it posted a GAAP loss of $1.3M or $0.04 per ADS in Q3. Revenue declined by 33.4% YoY to $18.2M. OIIM still finished with non-GAAP income of $0.02 per ADS, but that’s also a decline of 84.6% YoY.

Keep in mind that the non-GAAP numbers do not account for certain expenses, including $0.6M in stock-compensation expense. On the other hand, the GAAP numbers include a one-time expense of $1.3M due to a special project. If not for this, OIIM could have broken even on a GAAP basis and OIIM would not be in the red.

In contrast, the balance sheet looks better than the income statement. OIIM had $50.3M in cash, cash equivalents and short-term investments at the end of Q3. There was also no debt to worry about. Less commendable was inventory, which rose to $22.5M in Q3, up from $19.5M a year ago, which translates to 229 days of inventory. The table below shows the numbers for Q3 FY2022.

However, management also believes a recovery is likely after Q4. Most of the excess inventory could be gone by the beginning of next year. From the Q3 earnings call:

“our Q3 revenue of $18.2 million was lower than Q2 revenue due to inventories that resulted from improving supply chains during Q2, while consumer spending simultaneously slowed for products like power tools, vacuum cleaners and TVs. This combination of events resulted in both ODM and their OEM partners having significant inventories of consumer products that impacted our Q3 revenue and will have ongoing impact on Q4 revenue. Most of these inventories will be cleared by the end of Q4, although some inventories will linger into the first half of next year.”

A transcript of the Q3 FY2022 earnings call can be found here.

Declining earnings are reflected in valuations

The income statement has gotten worse and that has impacted valuations for OIIM. For instance, OIIM used to have a P/E ratios in the single digits up until fairly recently, but that is no longer the case. On the other hand, OIIM looks better in terms of other metrics. The stock is valued at 1.26 times book value. Keep in mind that is with the stock gaining roughly 50% in value thanks to the proposed offer. In terms of EV/EBITDA, OIIM trades at 14x on a forward basis and 16x on a trailing basis. The table below shows some of the multiples OIIM trades at.

OIIM has spent much of 2022 fluctuating based on whether the proposed transaction is perceived to go through or not. If the market is optimistic about the offer, the stock goes up, but if it is not, the stock retreats. The latest updates suggest a deal has been agreed upon and the transaction will be completed in the first quarter of 2023. The stock has risen in price, coming close to the proposed acquisition price of $5 per ADS. The price action suggests the market is leaning towards the proposal going through.

However, there’s still a difference of roughly 10% between the current price of the stock and the proposed acquisition price, which suggests there is a small chance the transaction will fail to go through. On the other hand, if the transaction is completed as stated, anyone who gets in at this time stands to gain a not insignificant profit, although taxes and fees may cut into some of it depending on which jurisdiction one resides in.

Still, it’s worth mentioning that getting in on OIIM is not without risk. If there are delays or the deal fails for whatever reason, then the stock is very likely to drop, similar to what it has done whenever the market sensed a lack of progress regarding the proposed transaction. Already, the stock has twice given back what it gained in the wake of proposals made. If it happened before, it can happen again.

It’s also worth mentioning that OIIM is currently struggling with too much inventory and not enough demand in the market. The market has not paid all that much attention to these issues with the proposed acquisition stealing the spotlight, but if that goes away, more attention could be focused on the problems OIIM is facing.

Revenue declined by 33.4% YoY to $18.2M and non-GAAP EPS fell by 84.6% YoY to $0.02 in Q3. And if guidance from OIIM is any indication, then revenue and earnings are set to decline even more in Q4. At the same time, OIIM believes the situation it finds itself in is likely to get better after Q4 based on its interactions with its customers.

I am bullish on OIIM as stated in a previous article. OIIM is not without risks, but the rewards make OIIM worth looking into. While the market is leaving open the possibility of the proposed transaction hitting a snag, the price action suggests the proposal is most likely to be completed. And even in the unlikely event the deal encounters problems, long OIIM is still worth considering.

It’s true OIIM is in the red at the moment, but the balance sheet is strong enough to absorb losses with over $50M in cash reserves. Market demand should improve, probably by early next year, since excess inventories are not going to be around forever. Valuations are not unreasonable for a stock like OIIM with a current market cap of $130M, even after the stock has soared higher thanks to the recent proposal. Multiples will only get better if the stock’s price goes down.

Bottom line, the rewards outweigh the risks. If the proposed offer is completed, then longs stand to gain. If it does not, then OIIM is still worth having with an impending turnaround in the top and the bottom line, a solid balance sheet and with multiples where they are. Long OIIM is the way to go.