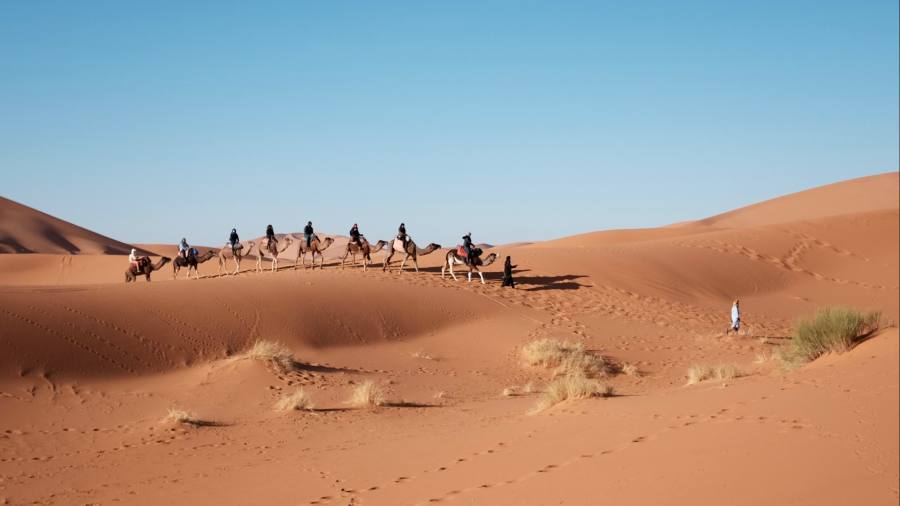 The central premise of ETFs is that they are funds that trade on an exchange. It’s right there in the name: exchange-traded funds. Except, it seems to be becoming increasingly less true.

Here is an intriguing chart showing how off-exchange trading in US ETFs jumped to a new record in 2022, from Paul Rowady of Alphacution, a market structure research house.

As he observed in the report:

Off-exchange value traded has broken through what seemed to be a long-term boundary of about 40%, first touched in January 2018. For seven consecutive months beginning June 2022, off-exchange ETP value traded exceeded this boundary; ending the year at an all-period (and, we assume, an all-time) high of 44.5% . ..

Our colleagues over at the FT’s ETF Hub have highlighted this phenomenon in Europe before. There, a majority of ETF trading has pretty much always happened off-exchange, typically through requests-for-quote venues (Europeans looove RFQ).

That largely seems caused by the fragmented nature of European equity markets, with liquidity spread out over many different exchanges, and the lack of a consolidated tape of trades, prices and volumes. The EU has proposed one, but as you’d expect it is dragging on and on. That means it’s often easier and more cost-efficient to for trades to be done away from exchanges.

But while there are many different trading venues in the US, liquidity is far greater and more concentrated. And it has a consolidated tape that pools trades and quotes from every exchange across the country. So why the shift from “lit” markets to off-exchange trading for US ETFs?

To FTAV’s eyes, it looks like it mostly reflects a much broader trend of trading migrating away from lit exchanges and to wholesale traders like Citadel Securities and dedicated “dark pool” venues.

Stock markets like the New York Stock Exchange, Nasdaq and BATS now only account for about 57 per cent of all US cash equity trading, according to Deutsche Bank. That means the off-exchange share has climbed from about 35 per cent in 2015 to 43 per cent halfway through last year.

This is something Gary Gensler’s SEC has been vocal about wanting to reverse.

In fact, the erosion of the lit market supremacy are a major impetus behind last year’s sweeping proposals to overhaul the US stock market. For example, Gensler wants exchanges to be allowed to offer share prices at fractions of a penny, just like dark pools and wholesalers can.

Right now, there isn’t a level playing field among different parts of the market: wholesalers, dark pools, and lit exchanges. Further, the markets have become increasingly hidden from view. In 2009, off-exchange trading accounted for approximately one-third of U.S. equity volume. On February 9, 2021, during the height of the meme stock events, the percent of shares traded-off exchange was greater than 50 percent. The average daily portion of shares traded off-exchange over the period from January 4, 2022, through February 26, 2022, was 47 percent.

Still, it’s notable that the ETF shift from lit to off-exchange trading has actually been even starker than it has for equities as a whole.

Rowady suspects that it’s because the “authorised participants” — the market-makers that lubricate ETF trading — are increasingly the most sophisticated proprietary trading firms. They go where the liquidity is, and may simply find it easier and cheaper to do so away from the NYSE and Nasdaq.

Still, one to watch if the SEC’s new rules are passed?