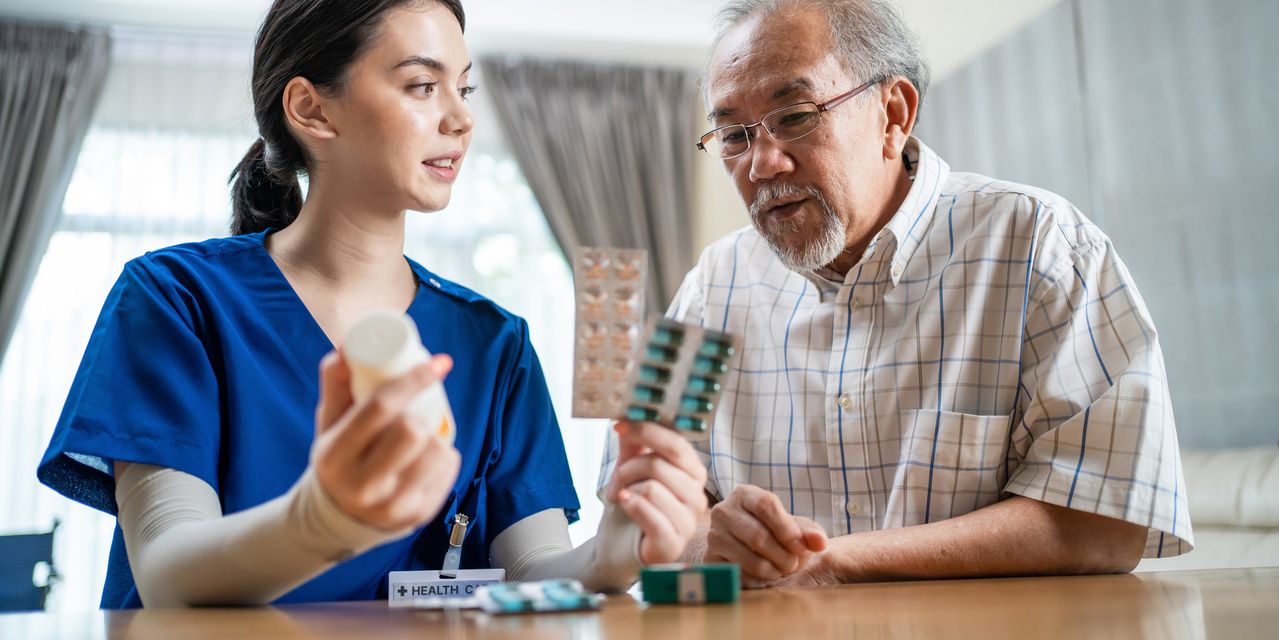 In November, British-Swedish drug giant AstraZeneca published a simple chart in its quarterly earnings presentation that the pharmaceutical industry never saw coming. It showed that 55% of chronic lymphocytic leukemia patients in the U.S. were choosing Calquence, and not Imbruvica, the long-time leading treatment for the disease, when being prescribed a class of drug known as a Btk inhibitor for the first time.

unveiled data showing its Btk inhibitor pill, Brukinsa, beating Imbruvica on efficacy and safety in a trial of CLL patients.

For years, top executives at AbbVie dismissed the idea that the large pharmaceutical company’s franchise blood cancer pill, Imbruvica, could ever be seriously challenged. The medicine was one of the greatest cancer drugs ever developed, revolutionizing the treatment of CLL, the most common form of adult leukemia. AbbVie
ABBV,

had purchased about half of Imbruvica for $21 billion (J&J
JNJ,

mostly owns the rest) and it generated $6.6 billion in 2020, making it the fourth top-selling cancer drug. It was projected to hit $10 billion of annual revenues in 2024. Now, the math is looking very different.

As recently as February 2020, not long after Calquence had been approved by U.S. regulators to treat CLL, AbbVie CEO Richard Gonzalez showed no concern that the AstraZeneca
AZN,

-owned treatment would threaten his top cancer drug. “We don’t see anything that would suggest that (Calquence) is having a significant negative impact on our performance,” Gonzalez told AbbVie’s investors.

Two years later, however, Calquence has dethroned Imbruvica as the standard of care for CLL patients in the U.S. seeking treatment for the first time — following some seven years of Imbruvica’s dominance. After BeiGene’s big Brukinsa news last month, Wall Street analysts at investment bank Cowen even speculated that Imbruvica will eventually hold only single-digit market share. “Our [key opinion leaders] find Imbruvica’s decline to be remarkable,” Cowen’s analysts wrote in a note.

They shouldn’t be so surprised. To understand why Imbruvica was vulnerable, it’s crucial to understand its history, which can tell us a lot about the haphazard nature of cancer drug development today. As I show in my new book, “For Blood and Money: Billionaires, Biotech, and the Quest for a Blockbuster Drug,” cancer drug development remains an inexact science in which luck plays a big role, even with all the cutting-edge innovation and billions of dollars spent on research.

Imbruvica was created at Celera Genomics by a group of chemists who were tinkering with the idea of treating rheumatoid arthritis by blocking a signaling enzyme, Bruton’s tyrosine kinase. Known as Btk, the enzyme is involved in the development of some white blood cells and the Celera chemists worked on a series of compounds that could block it. To nail down the biology of Btk, the chemists decided to build covalent warheads, small molecules that irreversibly bind to their target. At the time, the drug industry overwhelmingly shunned covalent compounds precisely because of their permanence. Scientists were worried they would staple onto off-target proteins and cause side effects. They preferred drugs that bound to their targets and let go.

Nevertheless, the Celera group wanted to synthesize covalent compounds, but only as probes to figure out what inhibiting Btk did to the cellular system and to validate the enzyme as a target. These covalent compounds were meant to be tools of discovery, not viable drug candidates. With an eye toward developing an actual drug, the Celera chemists also synthesized inhibitors that did not irreversibly bind to Btk.

Celera’s corporate chiefs quickly gave up on the whole idea of Btk inhibitors and sold the ones it had created for next to nothing to a small California biotechnology company called Pharmacyclics. There, the idea emerged to test Btk inhibitors in blood cancers, like CLL, and the candidate that seemed the most promising turned out to be one of the covalent tool compounds, which was moved into clinical trials and would later become Imbruvica.

Imbruvica was very good at inhibiting Btk, but it had not initially been designed to treat human beings, let alone for cancer. It was a promiscuous drug that in addition to Btk, hit several other off-target proteins as well. For a while, the drug developers at Pharmacyclics thought this promiscuity was the source of Imbruvica’s power. They called it Imbruvica’s “secret sauce.” It was the magic of hitting Btk together with the other proteins that caused Imbruvica to be a phenomenal drug and made such a difference for patients, they believed.

Still, some drug developers looked at Imbruvica and wondered if they could do better. Maybe a cleaner drug that more selectively hit Btk and not the other proteins would help patients more? While Imbruvica was generally safe, it did have some side effects that were problematic for patients. In some patients, for example, the drug induced irregular heartbeats, known as atrial fibrillation. Sometimes, patients could not continue taking the medicine.

The teams that developed Calquence and Brukinsa essentially tried to exploit this potential Imbruvica vulnerability. They were much more focused on engineering and pursuing a covalent drug that would inhibit Btk and hit little else. When both Calquence and Brunkinsa were finally tested directly against Imbruvica in head-to-head trials, the data suggested they were indeed better drugs.

While no doctor who is successfully treating a CLL patient with Imbruvica will take her patient off of it, many appear to be leaning toward recommending the more selective Btk inhibitors to their CLL patients who are just starting treatment.

There are also financial implications. Calquence probably generated about $2 billion of sales in 2022 and seems headed toward $3 billion this year. Wall Street is now expecting big things from Brukinsa as well once it’s approved by federal regulators. Imbruvica, meanwhile, is AbbVie’s third-biggest drug and the financial fallout could be troublesome.

Even for a great cancer medicine, like Imbruvica, cancer drug development remains a risky game. Nevertheless, in this case, the big winners are the patients.

Nathan Vardi is a journalist and managing editor at MarketWatch. This article is adapted from his book, “For Blood And Money: Billionaires, Biotech, And The Quest For A Blockbuster Drug” (W.W. Norton & Co., January 10, 2023).