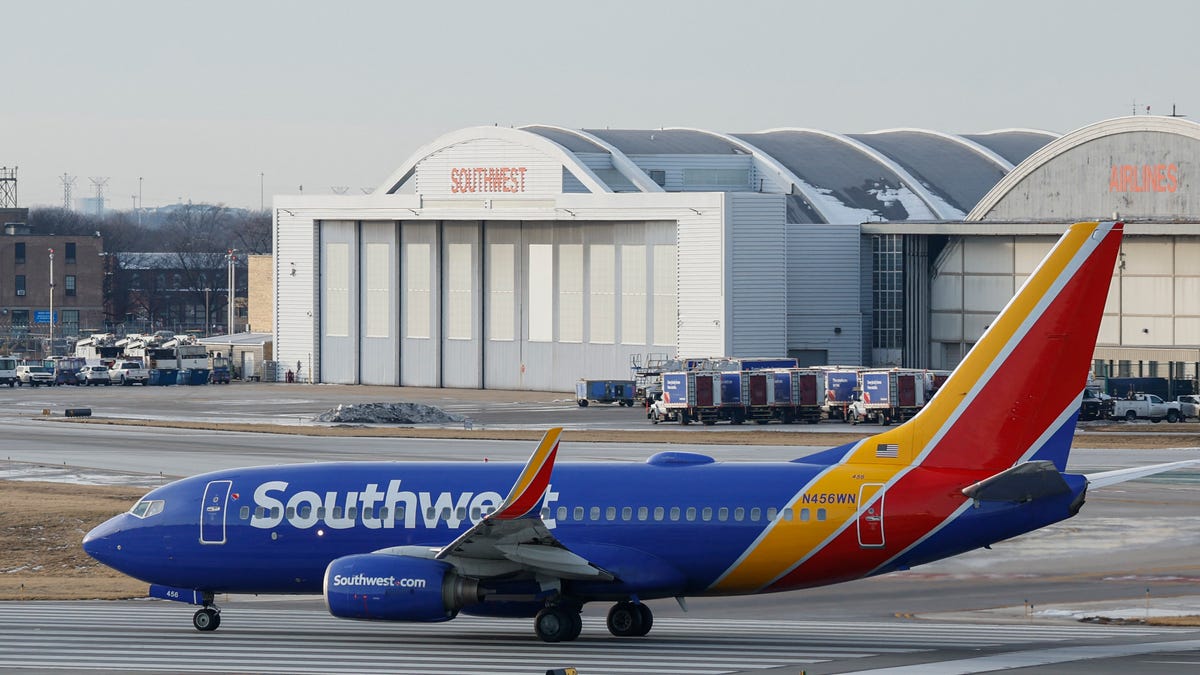 I was ready to forgive Southwest.

Not that the airline had done anything especially bad to me, but when I saw Southwest’s initial turgid, buck-passing (to the weather) reaction to its Christmas debacle, I feared a lasting schism.

One that would last until the next time Southwest was actually the cheapest, most convenient flight I could take.

This email has been delayed due to operational issues

But then the airline emailed me.

Well, not just me but all Rapid Rewards members. (I wonder whether the non-members who were affected got a different email, perhaps selling them on Rapid Rewards benefits.)

Yes, it was a hearty three weeks after its little cataclysm, but its subject line fully reflected the severely compromised nature of our relationship: “An update from Southwest President & CEO, Bob Jordan.”

Goodness, a personal email from the CEO with an update? This surely signified progress. What an email it was too.

Hark at the heartfelt first sentence: “During the week between Christmas and New Year’s Day, our Customers and Employees — including some of you — endured operational issues that greatly disrupted holiday and end-of-year plans.”

Dear, Bob. I suspect your customers didn’t endure operational issues. I think they endured severe intestinal, cranial, and financial issues after your airline completely wrecked their plans. Having inadequate technology to know where your pilots are is hardly an operational issue. I fear many see it as a symptom of cost-cutting, penny-pinching, investor-rewarding management arrogance.

Also: Flighty is a must-have iOS app for air travel

Bob, though, wanted only to give me good news. The operation has been stabilized. Reliability has returned.

Here’s Bob: “We’ve worked with great urgency to take care of the Customers directly impacted by the disruption by returning their bags, processing refunds and expense reimbursements, and offering those most significantly impacted 25,000 Rapid Rewards points as a gesture of goodwill for their inconvenience.”

Goodness, so the free Rapid Rewards points were only given to those most significantly impacted? Lordy, no. Surely it would have been wiser to give them to everyone whose flight didn’t, say, happen. And everyone whose trip was entirely ruined. Or even slightly ruined. What’s a few more points to you, Bob?

And about those reimbursements. It seems some customers insist they only got 5% of the amount they claimed.

We’re working on that tech thing

The airline is: “Establishing supplemental operational staffing that can quickly mobilize to support Crew recovery efforts. Enhancing our Crew engagement technology to efficiently communicate with large numbers of Crew Members during frequent schedule changes. Updating and upgrading our Crew recovery system to not only solve current and future schedules, but also provide the ability to optimize established schedules as we revise them during irregular operations.”

I resisted wondering when this might be happening. I was far too excited, you see, to hear that Bob has hired Oliver Wyman. No, this isn’t some Red Adair of technological wizardry. It’s a firm of management consultants.

Or, to use Oliver Wyman’s own words: “Firms and governments need to address issues that are tougher and more urgent than ever before. Oliver Wyman’s promise to deliver breakthrough impact through collaboration has resulted in 76% of our clients saying we have more impact than other management consulting firms.”

You see, Southwest really cares. It’s hired consultants who say it’s 76% better than other consultants. So everything will be just fine.

Because whenever a company hires management consultants, it always turns out well.

We’re committed. To a committee

Please don’t think this is all.

Bob says Southwest is also creating a, wait for it, committee. No less than “an Operations Review Committee that is working with management to understand the events and help oversee the Company’s response.”

I fear one or two readers may have previous experience of committees, and so will have a personal sense of their instant effectiveness.

Bob promised in his email that he’d keep me updated as to progress. I dream of reading: “The Operations Review Committee met last week and concluded that things really aren’t so bad after all.”

And then there was one final joy.

“We are currently budgeted to spend more than $1 billion of our annual operating plan on investments, upgrades, and maintenance of our IT systems. The recent disruption will accelerate our plans to enhance our processes and technology as we continue to focus on adding capabilities to bring rapid improvements for you, our valued Customers,” revealed Bob.

I was moved, though, by this $1 billion figure, as Southwest currently estimates that its lack of adequate technological systems at Christmas may have lost it $825 million. A troubling juxtaposition of numbers.

Please forgive me if I’m coming over all Snark Week, but the whole tone of this missive read like the minutes of, say, a committee meeting. There was a “deeply sorry” in the last paragraph, but it all felt a little like even the PR people who wrote it couldn’t quite concoct anything more than this anodyne tone. As if this was the best way to mutter: “No big deal, yeah? All forgiven?”

Then I remembered Southwest pilots’ recent criticism that the airline was run by too many people who studied accountancy at the University of Texas. It didn’t seem so far off.

Bob ended his email with an odd phrase: “With appreciation, Bob Jordan.”

No, it didn’t sound like he really appreciated customer anger, but that’s OK, I suppose. At least, I thought, everyone at Southwest is now happily pulling in the same direction.

But then a new twist. Southwest’s pilots offered that they’re preparing a ballot for strike action.

The union representatives created a video, in which their leaders had trouble reading cue cards, but no trouble sending a threatening message.

Why, it was amusingly entitled: “An update from SWAPA leadership.”

“Three years in the negotiating room. Very little progress. A Christmas meltdown that just defined what all of our problems are,” SWAPA president Casey Murray declared.

Just when you thought everything was going to be fine, here was message that everything’s still a mess.

“Remember, Southwest provides you a paycheck, but SWAPA fill in the amount,” said Murray.

They won’t strike, of course. Management will finally give them more money. Of course. The consultants will surely recommend it.

Some customers may hope Southwest doesn’t take the money from that $1 billion dedicated to IT.