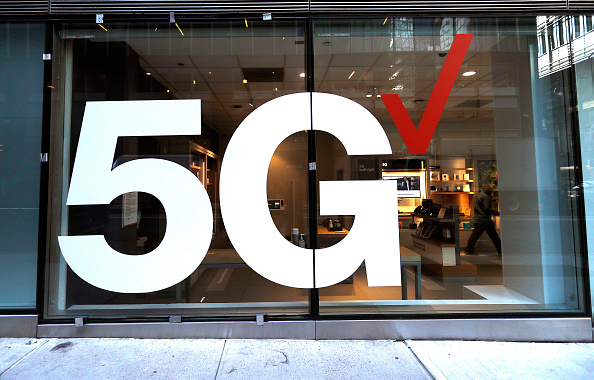 The biggest problems with 5G wireless are the higher expenses without the corresponding revenues. Verizon Communications Inc. (NYSE:VZ) has felt the biggest brunt of the shift towards 5G, with the wireless giant losing out on a lead in their wireless network while having to spend aggressively. My investment thesis remains Neutral on the stock due to the earnings stream and large dividend payout, while the business model will struggle to grow.

Despite all of the inflation and the major shift to 5G wireless, Verizon is only guiding to 2023 wireless service revenue growth of 3.5%, with total revenue growth in the 2.0% range. The end result is a major hit to the EPS guidance for the year to only $4.55 to $4.85.

Verizon just reported a solid year, where adjusted EPS was $5.18, yet the company is guiding to a wide range of lower earnings in 2023. Analysts already forecast a weak year, but the consensus estimates were up at $5.00 for the year and the management team just guided to a possible 10% hit to those estimates.

The company continues to face massive cost increases hampering the positive growth in areas such as broadband. Verizon saw operating expenses surge 5.9% in Q4’22 to $28.0 billion, up $1.5 billion YoY. On top of those costs, interest expenses surged nearly $400 million from Q4’21 to $1.1 billion.

Verizon did add an impressive 416K broadband customers in the quarter. The company saw impressive growth in the quarterly broadband net adds during each quarter of 2022, with fixed wireless access surging. Unfortunately, total Fios revenue only grew 0.5% from Q4’21 levels to $3.2 billion.

In a lot of scenarios, Verizon spent heavy on their 5G network and infrastructure, and the end result was the wireless giant mostly spinning its wheels to grow the business. The company saw surging costs to mostly move customers from 4G service to 5G service with no financial benefit for all of the effort.

Verizon faced a major cash flow issue in 2022, with cash flow from operations dipping $2.4 billion during the year to $37.1 billion. The end result is that the wireless giant ended up only generating $14.1 billion free cash flow last year.

The issue is that Verizon keeps hiking dividends each year. The company paid $10.8 billion in dividends for the year, and the BoD just hiked the dividend another 2% in November, requiring an even larger $11.0 billion dividend payout in 2023 prior to another hike at year end.

The key is whether Verizon can truly cut capex spending back to normal levels while maintaining operating cash flows after watching a rather large $2.4 billion slip in 2022. The competitive environment with T-Mobile US (TMUS) effectively running a 5G network doesn’t appear a great scenario for Verizon reducing costs going forward and growing cash flows in the near term.

Verizon Communications stock trades at only 8.5x the midpoint of the 2023 EPS estimate. Though, Verizon placed a massive $0.30 range on these estimates, suggesting a huge lack of confidence in the results for the year ahead.

With free cash flow above the dividend payout of only $3.3 billion, investors will start worrying about dividend cuts. The lower capex in 2023 will help alleviate some of those concerns, but Verizon now has to prove corresponding lower earnings won’t hit cash flows as well to offset any benefits from lower capex.

The key investor takeaway is that Verizon Communications Inc. remains a value trap until the company can cut costs to match the limited revenue growth produced by 5G. As long as competitors require the wireless giant to spend aggressively in order to hold onto market share, the stock will struggle.

When the competitive environment ends, Verizon Communications Inc. will provide a strong dividend yield for investors at 6.5%. For now though, investors should continue watching from the sidelines, questioning whether the wireless giant can cut costs when the revenue base is struggling.