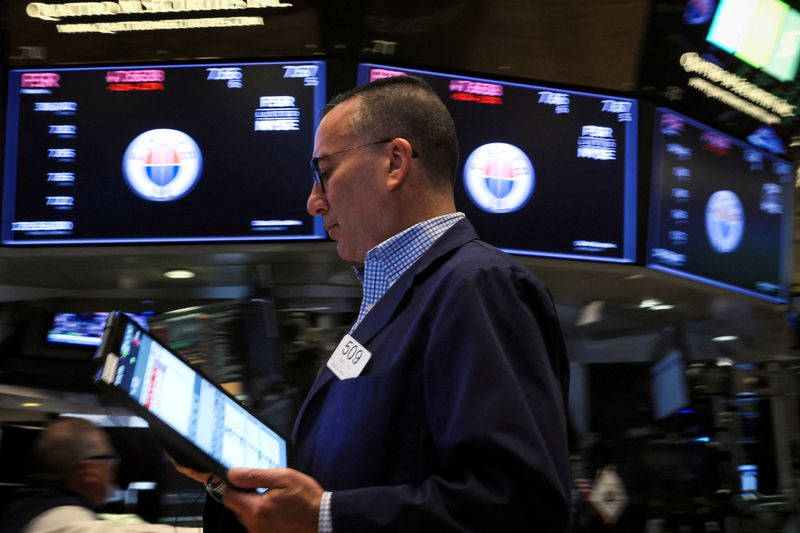 By Shreyashi Sanyal and Ankika Biswas

(Reuters) -Wall Street’s main indexes were set to open slightly lower on Wednesday as Apple shares (NASDAQ:) fell, while investors awaited the release of minutes from the Federal Reserve’s November meeting for a clearer picture of its monetary tightening policy.

Recent statements from Fed officials, including Cleveland President Loretta Mester and Kansas City President Esther George, have offered mixed clues about the future path of interest rate hikes, but have reiterated the central bank’s resolve to stamp out inflation.

The minutes, expected at 2 p.m. ET, may show just how deep any emerging disagreement has begun to run at the Fed as it ends the push to “front-load” rate increases and begins feeling the way in smaller steps to an eventual stopping point.

“We will get the latest FOMC minutes today … do not expect to hear anything new,” said Kenny Polcari, managing partner at Kace Capital Advisors in Boca Raton, Florida. “We know what’s going to happen, so sit tight.”

Traders are now widely placing their bets on a 50-basis point rate increase at the central bank’s next meeting in December. [FEDWATCH]

The benchmark closed at its highest level in 2-1/2 months on Tuesday after a sales forecast by Best Buy Co Inc (NYSE:) eased concerns that high inflation would lead to a dismal holiday shopping season.

In contrast, shares of Nordstrom Inc (NYSE:) fell 8.3% in premarket trading after the fashion retailer cut its profit forecast amid steep markdowns to attract inflation-wary customers.

Wall Street’s three main indexes are on track for their second straight month of gains, riding on a better-than-feared earnings season, some signs of cooling inflation and hopes of smaller increments in the Fed’s rate hikes.

Trading volume is likely to be thin heading into the Thanksgiving holiday on Thursday, with the U.S. stock market open for a half-session on Friday.

Apple Inc shares slipped 0.7% after hundreds of workers joined protests at Foxconn’s flagship iPhone plant in China, while a source told Reuters that the unrest did not affect production at the plant.

Data showed the number of Americans filing for unemployment benefits rose more than expected last week, but it likely does not suggest a material shift in labor market conditions, which remain tight.