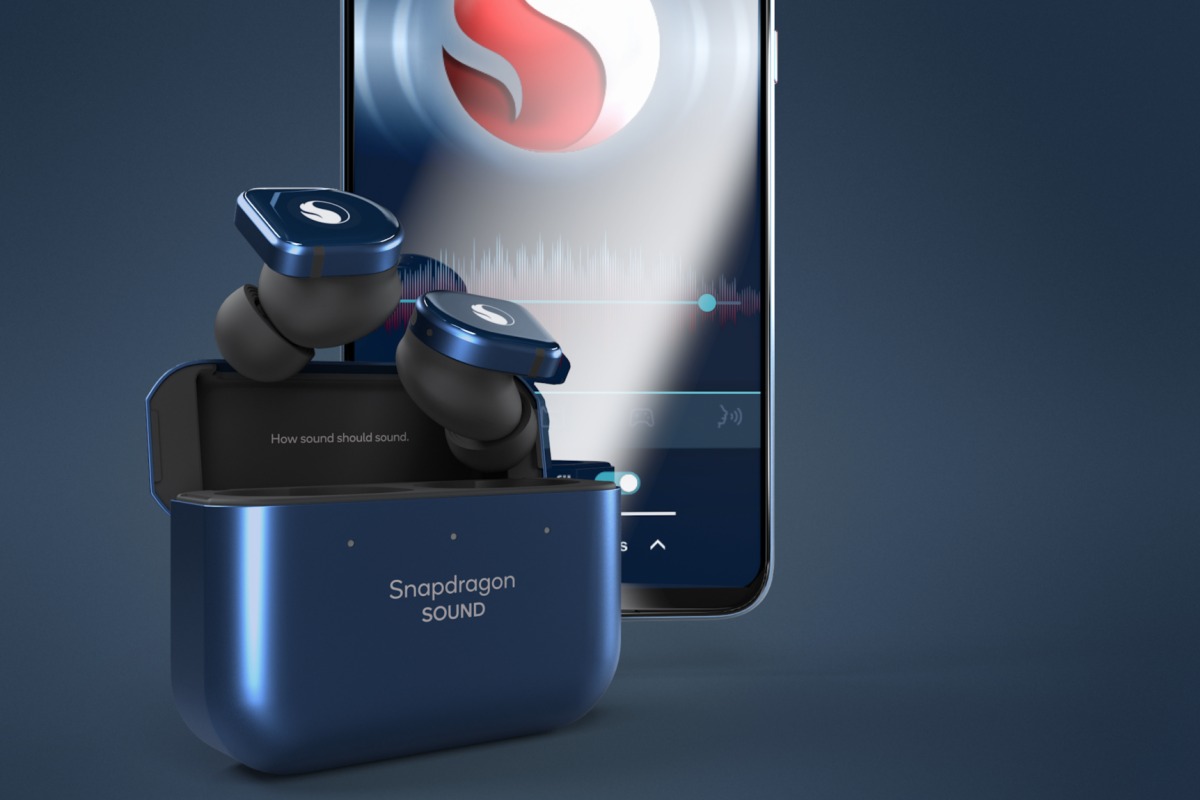 The world of wireless audio can be dauntingly complex once you start to wade into all of the gory details. Bluetooth codecs, Bluetooth versions, hi-res audio — and what is this thing called latency that some folks seem to be so obsessed with? But perhaps the biggest question people have when buying new gear is this: Will it work?

Qualcomm, the company that owns and creates a huge amount of the tech that goes into Bluetooth audio products, has its own solution: Snapdragon Sound.

The name (which piggybacks the Snapdragon processor brand) is both a family of technologies and a certification of compatibility, designed to put your mind at ease when you see it on a phone or a set of wireless earbuds. But what is it, exactly? And does it really eliminate the need to worry about whether your gear will do what you want? Here’s everything you need to know.

Before we get into what Snapdragon Sound is, let’s quickly recap the events that led up to the creation of this brand.

Bluetooth audio codecs are at once a brilliant technology and a royal pain in the butt. Without audio codecs we wouldn’t be able to use Bluetooth to listen to anything — uncompressed music is just too big to fit inside the limited bandwidth of a Bluetooth connection. But there isn’t just one Bluetooth codec — there are something like 14 of them. Most, like SBC, AAC, and LDAC, are simple to understand. As long as your phone (or computer, or tablet) and your headphones (or earbuds, or speaker) are both equipped with the same codec, they’ll work just fine together. If it’s not in both places, it’s like a language that only one device knows how to speak.

But Qualcomm’s family of aptX codecs, of which there now are five varieties, are a bit harder to wrap your head around. Classic aptX came first, followed by, aptX HD, then aptX Low Latency (aptX LL), and aptX Adaptive. Most recently we have aptX Lossless.

Each new aptX codec was meant to improve on the one that came before, while still being compatible with devices that only supported the older versions. AptX HD brought better sound quality over aptX by supporting higher bit depths, and higher bitrates, and aptX LL (for Low Latency) was seen as a solution to the problem of latency — the gap between when you see something on your screen and you hear the corresponding bang from your headphones.

But all three of those initial aptX flavors had downsides. AptX couldn’t handle high-resolution music. AptX HD didn’t perform very well when wireless interference caused data rates to fall below its preset rate of 576 Kbps. And aptX LL is a bit of an antenna hog — if you’re using your phone for Wi-Fi, cellular, and Bluetooth simultaneously, aptX LL becomes unreliable, so it’s been limited to situations where you can plug a dedicated aptX LL USB dongle into a PC or a console.

AptX Adaptive to the rescue

In 2018, Qualcomm felt it had landed on the answer: aptX Adaptive. It’s flexible, with the ability to operate in both hi-res (24-bit, up to 96kHz) and CD-quality (16-bit/44.1kHz) modes. It’s also ultra-efficient — the company says it can deliver all of the quality of aptX HD, but with less data consumption and less power. Finally, it’s highly scalable, which means it can automatically adjust its bitrate to changing wireless conditions, ensuring that you always get the best possible audio quality at any particular moment.

It can, in theory, also provide latency as low as aptX LL (without the antenna problem), and it brings along some improvements to voice call quality. And just like its predecessors, it’s fully backward compatible with all products built to work with older aptX flavors. Time for a victory lap!

It wasn’t long before phone makers and wireless headphone companies began integrating aptX Adaptive into their products. But cracks in the foundation were beginning to appear. AptX and aptX HD had been included in the Android operating system for years at this point, so a lot of folks have come to assume that Android equals aptX.

But a big difference between aptX Adaptive and classic aptX/aptX HD is that you can’t add it to a phone using software alone. It requires Qualcomm’s chips to do a lot of the things that make it so powerful. Some Android phones — especially those built for the budget end of the market — don’t use Qualcomm’s chips, so they aren’t able to run aptX Adaptive at all.

Samsung, Xiaomi, OnePlus, Asus, Sony, Motorola, ZTE, and many others include aptX Adaptive in at least some of their Android models. Google, however, has opted out, declining to add the technology to any of its Pixel smartphones. And Apple has never supported any aptX flavor on its mobile devices.

Still, it should be an easy-ish landscape to navigate. If your phone and your chosen wireless audio product both say they support aptX Adaptive, what else do you need to know? A lot, actually.

In its desire to provide manufacturers with plenty of flexibility, Qualcomm made almost every aptX Adaptive capability optional. So you might buy a set of headphones that support aptX Adaptive, thinking that they’ll give you 24-bit/96kHz performance, only to find out that they’re limited to 24-bit/48kHz. Or your earbuds might support that level of resolution, but it hasn’t been enabled on your aptX Adaptive-capable phone.

Worse, still, is that unless you pored over the specifications for each product, it’s really hard to tell what is supported and what isn’t. Even within a brand, there can be differences. Master & Dynamic, for instance, supports the full 24-bit/96kHz capability on its MW08 wireless earbuds, but its newest wireless headphones, the MW75, are limited to 24/48. You only know if you dig deep and read those specs.

Snapdragon Sound — one brand to rule them all?

Qualcomm eventually realized that all of this flexibility might be good for manufacturers — at least the ones that licensed the codecs. But it created a lot of uncertainty for buyers.

To settle the issue once and for all, it created the Snapdragon Sound program. The name strongly suggests that this is yet another codec or technology, but it’s not. Instead, it’s intended to signify when two products will work together reliably and with a certain set of guaranteed features. If you see “Snapdragon Sound” on a set of earbuds and on a smartphone, you can breathe a sigh of relief, knowing that they will “just work.”

In 2021, when Snapdragon Sound was officially launched, it was a guarantee of five key features, which had all been tested and certified to work by Qualcomm:

But since then, Qualcomm has expanded that guaranteed and tested feature set. In 2022, it added aptX Lossless, a codec that can deliver bit-perfect CD-quality audio at 16-bit/44.1 kHz — a first for the Bluetooth audio world.

And as of November 2022, the company has announced it’s expanding Snapdragon Sound further, with the addition of head-tracked spatial audio, an enhanced version of aptX Lossless that goes up to 48kHz, and improved latency with back-channel voice for in-game experiences. These new Snapdragon Sound features will begin showing up on smartphones and wireless headphones in 2023.

Few will complain about getting new features, but Qualcomm isn’t offering any way to distinguish between products that support the basic Snapdragon Sound features, those that support aptX Lossless, and those that will offer the most recent updates including spatial audio.

All Snapdragon Sound products, regardless of feature set, will still bear the same Snapdragon Sound logo. It’s Qualcomm’s expectation that each manufacturer will have to call out the specific features their products support, which in some ways brings us right back to where we were when manufacturers could decide which aptX Adaptive features they wanted to support.

Does this mean the Snapdragon Sound label is pointless? No, it still has value.